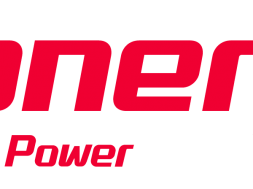 Company’s efficient SHJ technology has come up to international standard owing to significant progress in its conversion efficiency. In the past 2 years, the conversion rate of Hanergy SHJ technology has achieved an absolute increase of 1% per year. Earlier, in August 2018, China Photovoltaic Society had confirmed that Hanergy’s SHJ conversion rate recorded the highest in China, which was 23.7% certified by JET. At present more than 300 related patents have been applied, among which over half of them are invention patents.

SHJ technology is deemed to be a competitive solar technology in the future. Its components have excellent weather resistance and have a lifespan of more than 30 years. They are attributed to many advantages such as high conversion rate, stable performance, no light decay, no potential induced attenuation (PID), and high power output at high temperatures.

Mr. Zhang Bin, Senior Vice President of Hanergy Thin Film Power Group said, “Although Hanergy already leads the world in the thin-film solar industry, we constantly strive to retain our position of technology forerunner in the clean energy sector. At Hanergy we’re committed to providing the industry with the best high-efficiency photovoltaic products and solutions, and we’ll continue to explore technology integration and product development.”

“More so, we would like to leverage our expertise to improve China’s solar industry, in order to catch up with the world’s top technologies,” he added.

Hanergy’s Gallium Arsenide (GaAs) technology set the world record for conversion efficiency several times, with the newest one being 29.1%. It launched and upgraded handful of consumer products in 2018, including Humbrella, solar-powered umbrella; SolarTank, solar backpack; HanPower, solar power bank, retaining its leading position in mobile energy sector. Subsequently, with the debut of HanTile in April and HanWall in September, Hanergy upped-the-ante of global building-integrated PV segment.

Constant breakthroughs in the sector have led to steady surge in Hanergy’s market value. Further, Hanergy’s “mobile energy +” model is well in place to promote in-depth integrations of mobile energy and traditional industries, and will result in huge market demand, new business models and potential innovation.

Hanergy Thin Film Power Group Ltd (0566.HK) is a Hong Kong-listed company, and a subsidiary of Hanergy Holding Group Ltd. As one of the leading thin-film solar companies in the world, Hanergy Thin Film Power Group Ltd is committed to “Building Mobile Energy”. Since 2009, Hanergy has been working relentlessly to integrate worldwide solar technologies, and making a robust investment in research and innovation in the field of thin-film solar power. Thin film solar technologies have been applied to a series of commercial and non-commercial products, including HanTile, HanWall, HanCar, HanRoad, Humbrella, HanPack and HanPaper.