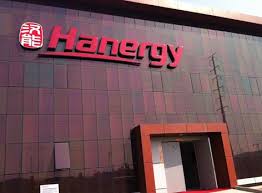 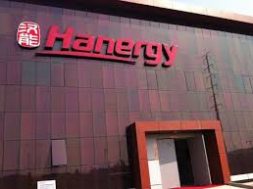 BEIJING: Mobile energy giant Hanergy held its annual conference in Beijing on January 26 with more than 1,200 employees and hundreds of core partners from all over the world gathering to celebrate the company’s achievements and share its future vision. Li Hejun, founder of Hanergy and chairman of Hanergy Holding Group, summed up the achievements of Hanergy in 2018 with eleven highlights, and shared several global firsts created by Hanergy in technological innovation. Li also unveiled 21 principles of Hanergy product innovation. Hanergy will take off with the industrial trend for the new year, according to Li.

Echoing the conference’s theme of promoting scientific and technological innovation, Li Hejun said that Hanergy’s biggest pride lies in establishing the mobile energy industry, which is evidenced by the company’s impressive number of patents and standards in this sector.

Innovation is a core component of Hanergy culture and an important part for the achievement of patents and standards. At the conference, Li Hejun and company executives offered the Hanergy Innovation Award to 37 teams that have made several major technological breakthroughs.

Among them, the Alta Devices team of Hanergy’s U.S. subsidiary has improved the development efficiency of single-junction gallium arsenide batteries beyond the theoretical limits of other technical approaches. The Alta Devices team also represented Hanergy in the development of the international standard of the curl test method for flexible thin-film photovoltaic modules, which led the roll-out of the residential housing industry’s first flexible thin-film photovoltaic module product standard.

Hanergy’s global application product development headquarters has overcome more than 100 challenges to roll out “HanWall”, the thin-film solar power generation wall solution in China. Hanergy was also the chief editor of the “Guide to Re-measurement of Solar Photovoltaic Laminated Glass for Construction Purposes”.

Hanergy continued to unleash high production capacity last year. Its flexible manufacturing base for thin-film power generation in east China’s Zibo City has achieved mass production, marking the success of Hanergy’s large-scale industrialization of flexible thin-film battery modules. Meanwhile, the mobile energy application products represented by the company’s tiles, walls, roads, paper, bags and umbrellas have made major breakthroughs. Among them, “HanTile” has been selected as one of major scientific and technological innovation achievements of private enterprises in China since 1978 and was displayed at the exhibition marking the 40th anniversary of China’s reform and opening-up.

Thin-film solar energy has become the trend of the solar energy sector’s development and Hanergy will make every object that the sun shines upon generate power, completely changing the way of energy production and consumption, Li said.