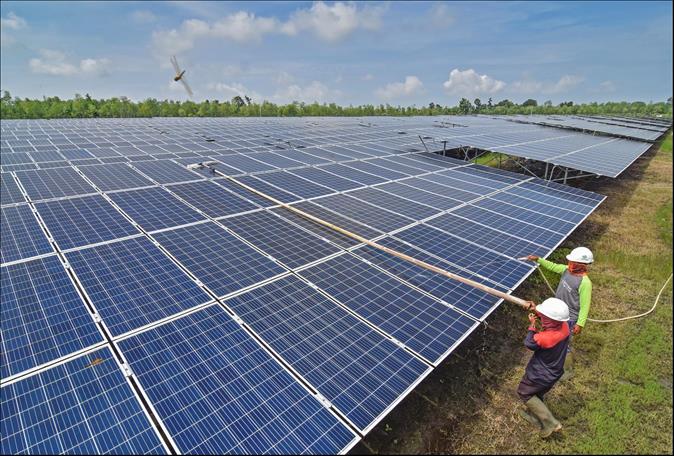 MENAFN: The Conversation Indonesia’s increasing internet penetration is a boost for crowdfunding , which gathers small amounts of capital from a large number of individuals to finance a new business venture. It’s a powerful tool to gather funds quickly, cheaply and easily from the general public.

A study by Statista estimates the value of crowdfunding transactions in Indonesia will grow by 3.6% to US$7.5 million in 2025 .

Given the huge opportunities crowdfunding presents, we argue that Indonesia could resort to this strategy to fund green projects and help overcome the country’s stalled development of renewable energy.

Sadly, Indonesia is moving slowly towards its target of achieving 23% of its energy use from renewable sources by 2025 . This is partly due to low investment in the sector.

The government’s limited budget has prevented the development of renewable energy in Indonesia, while private players are not interested in entering the sector in an unfavourable investment climate.

Crowdfunding can be used to finance all kinds of projects, including renewable energy.

A UNDP crowdfunding project back in 2016 managed to raise more than Rp 350 million (US$24,800) to build a solar-powered water pump in East Sumba.

Another example is a well-known social crowdfunding platform in Indonesia, kitabisa.com . It collected Rp 500 billion (US$35.4 million) in 2018.

Collaboration with a public figure such as a celebrity or influencer helps, as UNDP has done, using social media to spread information about the project to the public.

Given the increasing number of retail or individual investors during the COVID-19 pandemic, the public is highly likely to be interested in investing in a green project if given the opportunity.

Support from the government
The Indonesian government should adopt three key strategies to accelerate renewable energy development through crowdfunding.

First, the Finance Ministry should provide fiscal or tax incentives for investors/donors in micro- and small-scale renewable energy projects financed by crowdfunding.

Second, the Energy and Mineral Resources Ministry should help with advisory and technical assistance to renewable energy investors and developers. This support is particularly important for projects in remote areas.

Equally important is the need to set up an open and transparent budgeting system to track the collected funds. This means investors know where their funds go.

Lastly, communicating the progress of each renewable energy project is key. In the end, people who are interested need to know what happens as a result of their donation or investment.

Renewable energy projects and the government should collaborate with a well-known figure in social media who has a massive number of followers. They can spread the information about crowdfunding a project in a short time.

Eventually, this approach will increase the potential number of investors or donors for renewable energy projects.