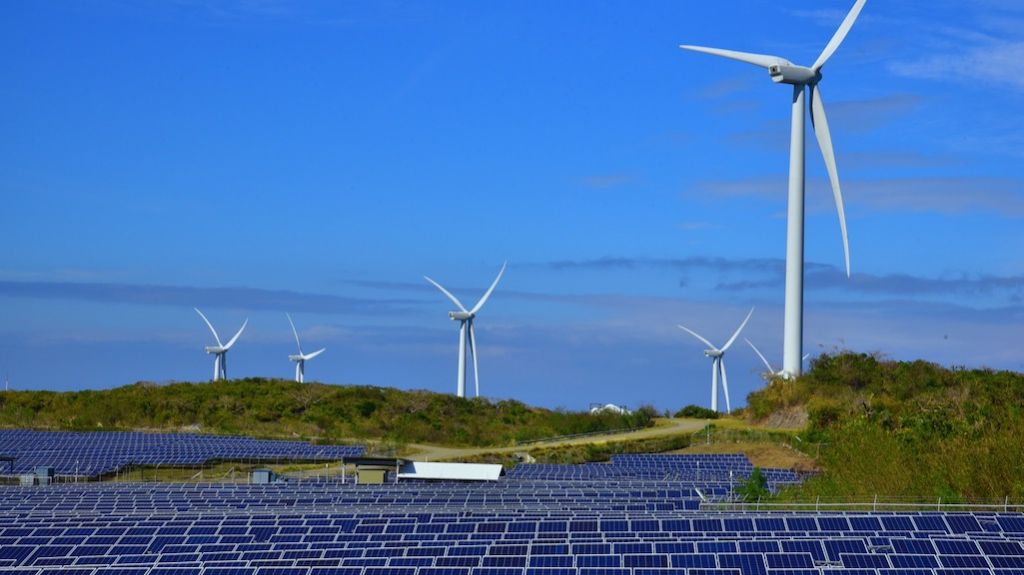 Australia has “high potential” to become a global powerhouse of green hydrogen energy generation and accelerate the renewables market’s growth, according to new research. 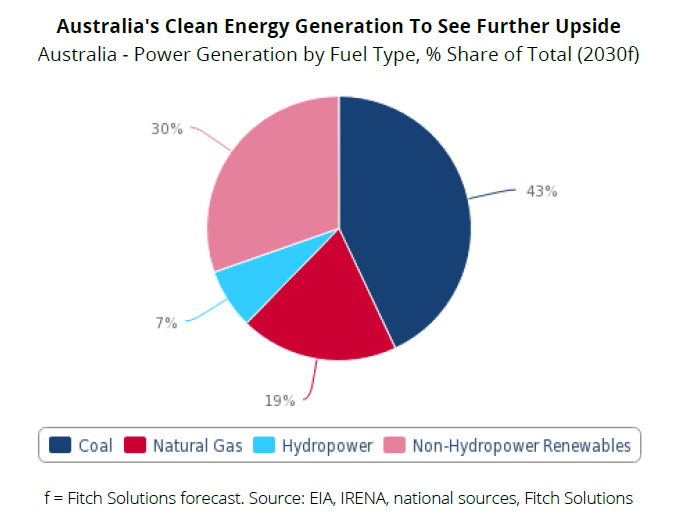 A recent study by market analyst Fitch Solutions now claims that non-hydro renewable energy generation will make up close to a third (30%) of Australia’s total power mix by the end of the decade, driven by growth in green hydrogen production.

At the same time as Australia’s renewables market is growing, the thermal power sector is expected to face early closures due to its inability to compete, the report said.

On this basis, Fitch has changed its forecast for non-hydro renewables as a share of the country’s 2030 power generation mix from 24.7% last June to 30.1%.

It now predicts that non-hydro renewables capacity will increase by an annual average rate of 5.5% over the next nine years, totalling 47.4GW by 2030.

Coal production, on the other hand, is expected to fall by around 1.2% annually until 2030, as continued falling wholesale electricity prices make it harder for coal-fired plants to stay economically viable. Total thermal generation is now expected to make up 62% of the overall power mix by the end of the decade, far less than the more than two thirds (69.3%) expected in Fitch’s previous report on the market last year.

Developers in Australia have a construction pipeline of green hydrogen projects totalling close to 30GW, it said, compared to just over 10GW in Germany and in the Netherlands, the country’s closest competitors. The estimate comes a year after The Western Australian government earmarked AU$20 million (US$15.32 million) in funding to boost the state’s hydrogen industry. By January, it had received 65 expressions of interest (EOI) to produce and export renewable hydrogen from up to 1,250MW of solar and 270MW of wind generation.

Fitch also noted that Australia has become more advanced than many countries in both renewable energy price reductions and creating a “commercially viable” large-scale battery storage sector, putting it in a strong position to support further renewables growth and pose “structural risks” to the thermal power sector.

Local authorities have placed more investment in advancing green hydrogen technologies in recent months. Advisory group Infrastructure Australia highlighted a handful of clean energy projects in its recent Priority List this year, including a solar-plus-storage transmission project in the Northern Territory that aims to supply 20% of Singapore’s electricity demand. It includes a 13GW solar farm, set to be the world’s largest on completion, plus 27GWh of critical battery storage.

“We initially expected renewables growth to slow due to grid connection bottlenecks with larger scale facilities,” the Fitch report said, but added that “rapid progress with green hydrogen and energy storage facilities” has enabled further capacity to come online and be used.

It said that more advances in the exporting value of green hydrogen could unlock “further scope for capacity growth previously bound by domestic market constraints”.