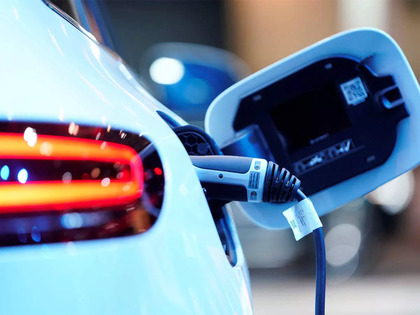 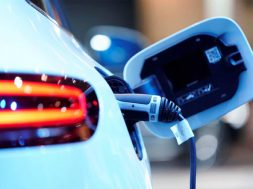 The day is not far when charging your electric vehicle (EV) will be much like charging your phone at home. India’s vision to become a global leader in the EV revolution is becoming a reality.

The Prime Minister’s recent unveiling of the scrappage policy; entry of major disruptors in two-wheeler segment; demand for electric four wheelers running ahead of the supply are all testament to the country’s commitment to and progress in reducing transport emissions. The future is clean, shared and connected transport.

As per a recent IEA report, almost 90% of the chargers worldwide are private light duty vehicle slow chargers in homes, apartment buildings, and workplaces. Hence, it is imperative to create augmentation plans for setting up charging infrastructure across geographies.

The FAME Scheme is leading the EV transition. For example, the minimum applicable range for availaing subsidies for a two-wheeler under the scheme is 80 kms. On average, a two-wheeler runs for 17 kms per day – much lower than the FAME Scheme requirements. Hence, charging an e-two-wheeler outside your home and office is feasible. Since the range is lower you dont need to charge it daily.

Even for intra-city public transport (buses or light commercial vehicles) operated either by state transport utilities or private operators, large scale public EV charging infrastructure may not be required. The reason is that in all our metros and tier one tier two cities, the longest bus route is no more than 170 kms.

In a large majority of towns and cities it is likely to be less than 100 kms. These distances are safely covered by the existing range of batteries used for commercial buses. With adequate number of charging stations/charging capacity in the depots, buses will be able to replace or charge their batteries at the completion of their designated route.

Setting up public charging infrastructure can be a daunting and expensive proposition. It involves disrupting already congested travel corridors, finding suitable charging spaces and substantial outlays to achieve a decent network of public EV charging infrastructure. Mandating every fossil fuel vending outlet to have EV charging stations is already notified. The pace of such installations needs to be speeded up.

But this has to be supplemented with alternate solutions such as installing charging points within residential complexes, housing societies (including for visiting parking slots) shopping malls, parking lots, railway stations, offices, and small shops. A mandate of reserving at least 10% of parking lots for access-controlled charging points would make EVs even more attractive.

We believe that the Ministry of Housing and Urban affairs has already amended the residential property bye laws to mandate sufficient EV charging points housing colonies/building apartments. This has to be now implemented in mission mode.

All urban local bodies can mandate at least a minimum number of charging points in the parking lots. The numbers would depend upon the actual demand. Parking lots could adopt a feasible revenue model for providing EV charging stations. This could be replicated in parking lots in offices, railway stations and airports with a minimum number of charging stations being stipulated for each site. It is safe to assume that people in general spend at least 6 hours in office. So, even a slow charger on office premises would suffice.

Battery swapping stations could be an alternate strategy. They are easy to install and operate. Such stations can be set up in the above-mentioned locations as well as at petrol bunks. They need less space (as low as 3x2x2m) and battery manufacturers can work on models wherein swapping stations with 4–6 batteries can be provided even at small retail outlets.

This may emerge as a viable option, mainly for electric three-wheelers due to benefits such as —low charging time, reduced upfront cost (battery leasing model), and better battery life (charging under controlled environment). In this case too, the requirement for public charging infrastructure is limited and as stated above and range anxiety would no longer be an issue.

A parallel strategy could be to locate charging infrastructure on the premises of bulk demand driving agencies (also making them publicly available). This will help drive utilisation economics and solve the issue of unnecessary congestion at other public/semi-public charging points because of fleet vehicle charging.

In addition to this, the benefits of Time-of-Day and other non-peak power utilisation benefits will also be made available to such agencies by electricity distribution companies, so that grid balancing can be managed from a long-term perspective.

As a closing thought, it is time to empower consumers. Government, industry, and media need to work towards nurturing informed citizens. Consumer awareness campaigns can play an important role in addressing concerns about range anxiety and charging infrastructure woes for light electric vehicles. We must act now by creating adequate awareness about health and cost benefits of transiting to green shared and connected mobility and scaling up charging facilities. India will then be in the forefront of the on-going global transition to clean transport. 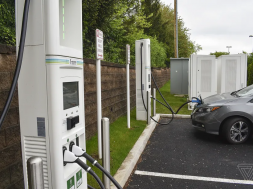 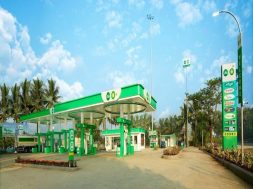 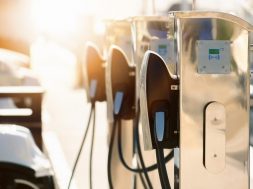