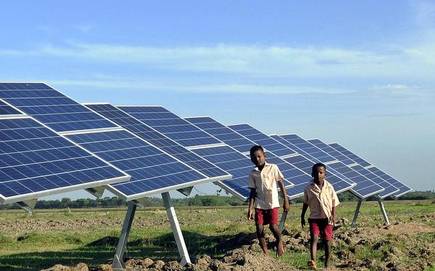 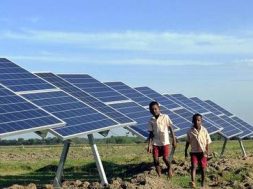 Although many of these initiatives are being taken up to address this issue, provision of electricity for ensuring lights and fans in classrooms has not been given adequate attention.

The Annual Status of Education Report (ASER Rural) 2018 calls for introducing proactive steps to improve status of education in rural schools of India. According to the study, enrolment of students in rural schools has been above 96 per cent since 2010. However, low attendance rates of 60 per cent especially in schools in states such as UP, Bihar, WB, MP and Manipur is still a major concern. Also, learning level tests conducted show that only a quarter of the students who appeared passed the test.

Over the years, it has been established that it is important to ensure availability of basic amenities in schools for improving the overall learning ability of children, rather than merely improving quality of teaching.

Contrary to the most commonly used phrase “Let there be light” which reinforces the realisation of better knowledge and wisdom, schools in most part of India are reeling under darkness. As a result, children as well as the teachers stay in very uncomfortable classroom environments both in summers due to the hot weathers as there are no fans installed in the schools, and also in winters due to lack of lighting facility when the opaque wooden window shutters have to be kept closed due to cold.

The State-wise data of electrification for primary and secondary level schools across India prepared by the District Information System for Education (DISE) for 2016-17 gives credence to this issue. According to the data, the percentages of schools with access to electricity in India in the primary and secondary school categories are about 64.4per cent and 91per cent respectively.

Considering these issues and encouragement of Padma Bhushan awardee Late T.L. Sankar IAS (Former Energy Secretary, GoI), the National Institute of Rural Development and Panchayati Raj (NIRDPR) promoted solar installations for lighting and cooling purposes in 26 schools of Talakondapally Mandal of Mahabbobnagar District and Kadtal Mandal of Ranga Reddy District of Telangana State. This initiative was funded by Shri.Malli Varanashi, an NRI based in the USA.

Although, the 26 schools had grid electricity connections, the situation was same as other government schools in which only office rooms had lights and fans. Some schools were not paying electricity charges which ranged from Rs.5,000-10,000 per year due to lack of funds. Considering these factors, with

the help of the state education department, solar systems ranging from 0.3KW to 2KW capacities were installed in Anganwadis and primary schools.

In order to meet the power requirements, roof-top solar panels have been connected to a battery system and an inverter in these schools. All the classrooms in these 26 schools have been provided with two lights and two fans. After experiencing the benefits, some schools have totally disconnected the regular grid electricity connections and manage their power supply with solar system.

Children, who are predominantly from poor families, are overjoyed to see lights and fans in their classrooms. Students in schools which have smart board facilities also expressed that they can use the smart boards without any power interruptions. This initiative has also given an opportunity to the children to realise the potential of solar energy.

Solar energy panels
Although, solar energy installations require higher level of initial investments, the overall advantages it offers are immense. At present, the off-grid solar systems of 1KW and 2KW capacities consisting of batteries, wiring, lights and fans would approximately cost about Rs.1.5 Lakhs and 3 Lakhs respectively per school. On an average, 1KW and 2KW systems can provide power for 10 classrooms and 20 classrooms respectively.

For supporting the repair and maintenance of solar systems, a central core team with required skills at the District level can be created to ensure trouble free maintenance in schools. In addition, creating a school or district level corpus fund from the amount being spent for paying electricity bills can be reserved for meeting the cost of replacement of batteries and solar panels. On an average, batteries need replacement after 5 years and solar panels have a long life span of 20 years.

About the initiative
This initiative stands as an example how governments can ensure proper learning environments in schools. Apart from the governments, donors and corporate social responsibility initiatives of companies can consider replicating this initiative. NIRDPR is willing to offer the much needed technical assistance to promote this noble initiative.