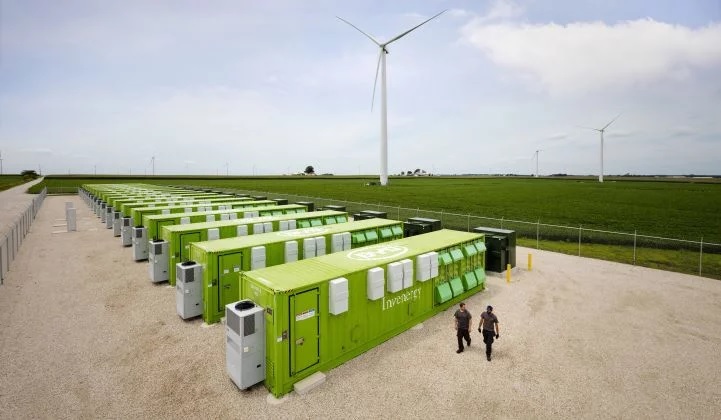 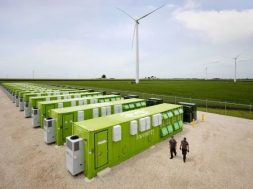 After years flying under the radar, the renewables developer bagged one of the largest utility storage contracts ever. It may just be getting started.

It’s not that Invenergy was ever shy about its storage ambitions.

The Chicago-based developer, which has built 22,600 megawatts of wind, solar and natural-gas generation, entered the storage market in a big way back in 2015. It delivered two 31.5-megawatt projects within six months of each other, outranking any other batteries installed in the U.S. that year.

Then the company went quiet — a fittingly massive followup didn’t materialize. Until early this year, when Invenergy revealed that it would supply much of utility Arizona Public Service’s landmark 850-megawatt energy storage procurement, designed to shift its ample solar resource into nighttime capacity.

APS enlisted Invenergy to supply a 50-megawatt system under a power-purchase agreement, and to build and transfer a portfolio of 140 megawatts connected to APS solar plants (more may follow, as the details get ironed out).

These and a few other projects bring Invenergy’s portfolio of operating or contracted storage to 260 megawatts and 700 megawatt-hours. To top it off, the Energy Storage Association awarded Invenergy the Outstanding Industry Achievement Award at this week’s conference in Phoenix, not far from where the big battery will appear.

Greentech Media sat down with Kris Zadlo, Invenergy’s senior vice president in charge of storage development, to hear how the company got to where it is now.

Build and learn
Zadlo’s team began investigating storage in 2011, and installed its first pilot in 2012 — a 2.5-megawatt system in the PJM grid.

The company followed up with the two 31.5-megawatt deployments in 2015, both operating as merchant frequency regulation plays in PJM, the first major utility-scale storage market. One of those, the Grand Ridge Energy Center, won the innovation award from Energy Storage North America.

Then Invenergy went quiet until early 2019, even as the storage market started picking up pace.

The company returned to the spotlight in January with a peak capacity battery it built for MidAmerican Energy within four months, but that system was a diminutive 1 megawatt/4 megawatt-hours.

The APS projects, revealed the following month, shed light on what Invenergy had really been up to those last three years.

“We’ve been grooming our development pipeline,” Zadlo said. “You want to strategically submit interconnection requests, and sometimes it takes time to go through the queue.”

The experience owning and operating the PJM projects gave the team confidence in battery chemistry, deployment and operations, Zadlo noted.

They started analyzing where else storage would make sense, and decided sunny Arizona was a strong candidate. Invenergy submitted an interconnection request there years before the state started building large-scale storage.

“When APS actually issued their [request for proposals], we already had an executed interconnection agreement for a storage facility within the Phoenix area, all ready and teed up to go,” Zadlo said.

“You’re buying a box of chemicals”
Many of the skills Invenergy uses for wind, solar and gas development come in handy for storage as well.

Invenergy built more than 1.4 gigawatts of wind capacity last year, claiming the No. 2 position in the U.S. market, according to the American Wind Energy Association.

“You still have to get the land, go through the interconnection process, permit the facility,” Zadlo said of storage. “Granted, it’s different technology, but the core concepts are the same.”

The storage business also owes its existence to the work of Invenergy’s regulatory affairs team, which Zadlo oversees.

The regulatory analysts noticed rule changes in PJM that opened up fast frequency response for batteries to participate. After running the numbers on potential business cases, they took it up the chain.

“When you work for an entrepreneurial company, all you have to say is, ‘We think this works,'” Zadlo recalled.

Scale of storage opportunity
Though bullish on storage, Zadlo said he does not expect it to rival the scale of Invenergy’s wind or solar businesses.

Instead, he described energy storage as an increasingly vital enabler for those businesses.

“It’s like buying a car without a radio: You have to have it,” he said. “If we want to grow the solar business, we have to be in the storage business, because the two are synonymous now.”

He also sees potential for pairing batteries with gas plants, an approach that GE has championed but which remains limited in its number of deployments.

Many states have yet to embrace renewables in a big way, much less energy storage. But even utilities that have little investment in the technology have begun routinely including it in their requests for proposals.

If the Arizona case proves anything, it’s that a utility can jump from buying small batteries to hundreds of megawatts faster than would have seemed possible even a year ago.