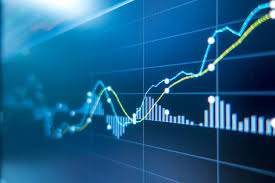 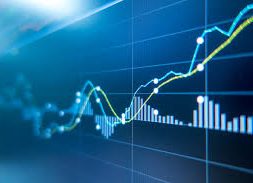 This annual release adds verified data for 2017 along with provisional data for 2018 for many countries, fuels and sectors. The data reveal a range of emerging and continuing trends from around the world and across all sectors.

The consolidated data show that total primary energy supply (TPES) increased by 1.9% in 2017 relative to 2016, with the lion’s share of the growth coming from non-OECD countries. China alone accounted for 22% of TPES, far ahead of the United States at 16%, reflecting China’s increasingly central role in the global energy system.

In terms of total final consumption (TFC), the biggest source of growth by far remains non-OECD Asia, accounting for 34% of global TFC in 2017 at 3317 Mtoe, well over double what it was 20 years ago. 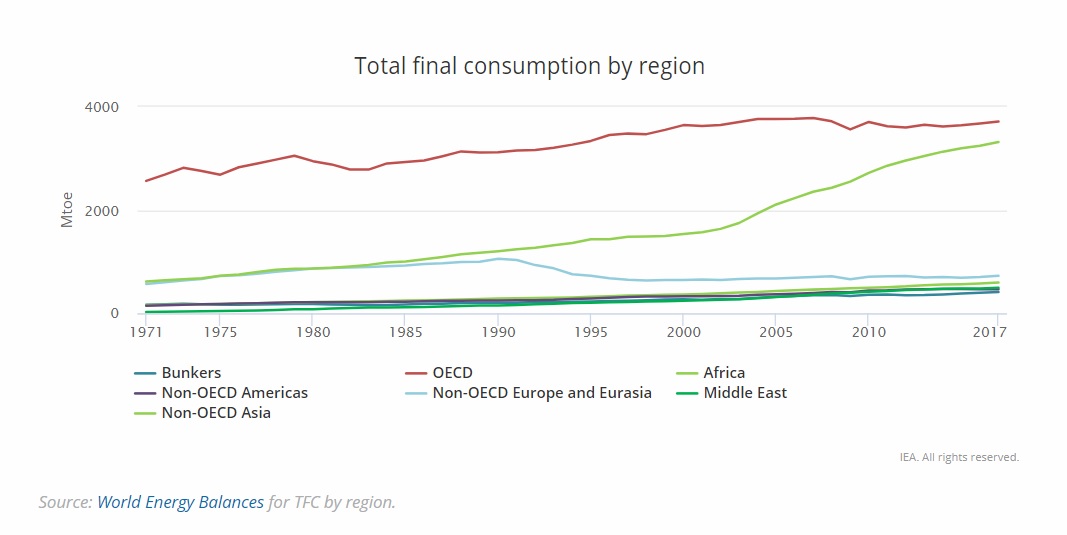 However, the balance of fuels in TFC varies markedly across and within regions. For example, based on preliminary data for 2018, while total global coal consumption in energy terms increased by 1.2%, total OECD consumption actually fell by 3.2% – this was more than balanced out by a significant 2.5% increase in non-OECD countries. Interestingly, China’s share remained flat, with other non-OECD countries accounting for much of the increase. For example, Indian consumption rose by 5.5%.

In terms of the fuel mix for power generation, coal remained dominant and actually increased its share in 2017 to 38% after three consecutive years of decline. Renewables cemented their place ahead of natural gas, reaching a share of 25% in 2017. Oil has continued its decline, while the share of nuclear has remained relatively constant recently after a long period of decline.

Again, there is wide variation at the country level for individual sources. For example, preliminary data for the five largest OECD economies show striking differences in the growth rates of power generation from solar PV.

Despite such variations, the energy system is becoming increasingly globalised. For example, LNG import prices are increasingly convergent, with import prices for the United States, the European Union, Japan and Korea all falling between approximately $6 to $9 USD per mmBtu in 2018. This compares with a difference of over $8 USD per mmBtu just four years prior.

Driving CO2 emissions to zero (and beyond) with carbon capture, use, and storage 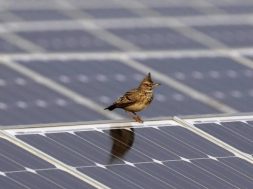