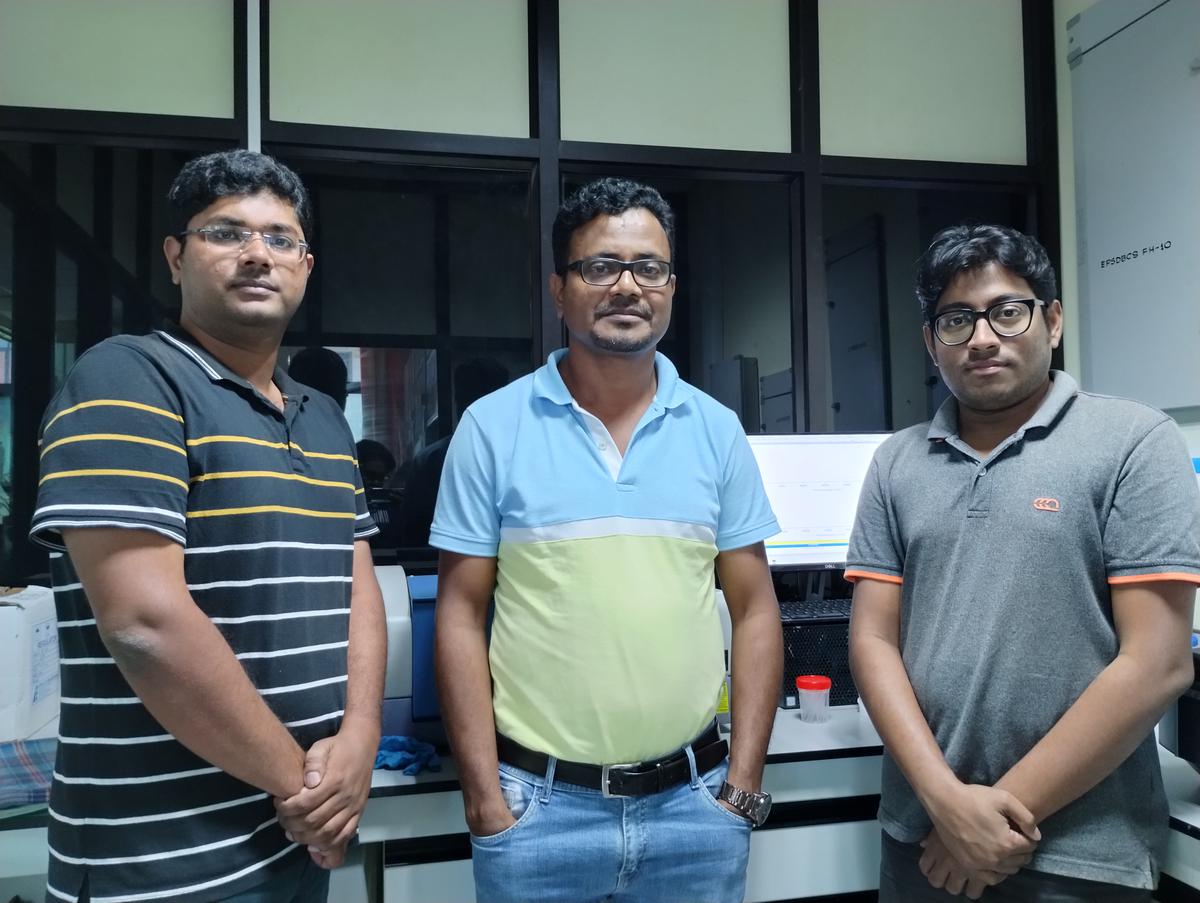 New Delhi : Researchers from IISER-Thiruvananthapuram and IIT-Indore have developed a new artificial light-harvesting system that can efficiently capture light for power conversion by mimicking photosynthesis, the process by which plants absorb sunlight and produce sugars.

The research has been published in the prestigious ‘Royal Chemical Society – Chemical Science’ journal.

According to officials, scientists across the globe are trying to replicate the light-harvesting step of photosynthesis in engineered systems for use in solar cells or artificial leaves.

Biswarup Pathak, a professor in the Department of Chemistry at the Indian Institute of Technology (IIT)-Indore, said, “The light-harvesting cores in plants and other photosynthetic bacteria are chromophores, molecules that absorb visible light and pass it on to other components that use the energy for various chemical reactions. The top-most chromophores that are exposed to the sun absorb the energy.

“The chromophores are arranged in arrays and an energised chromophore passes the energy to the adjoining chromophore and so on. There is a rapid cascade of energy until the energy reaches its destination.” There have been many attempts at replicating the molecular and atomic structure of the light-harvesting mechanism in the lab. Polymeric structures, detergent-type molecules, vesicles, gels, and other bio-inspired structures have been used to mimic photosynthesis, Pathak explained.

The most common problem faced by such molecules is that the light is quenched due to aggregation or bunching up of the molecules together. This leads to poor light capture and conversion efficiencies, he said.

Sukhendu Mandal, an associate professor at Indian Institute of Science Education and Research (IISER)-Thiruvananthapuram, said, “This is the first time we have utilised an atom-precise nanocluster in such an application. The opposite charges on the surfaces and the matched electronic energy distribution result in a 93 per cent energy transfer efficiency with a great antenna effect from the UV-to-visible region of the light spectrum.” The researchers also showed that this harvested energy could generate current with much enhanced yields compared to the individual components.

“This fundamental investigation into highly-efficient energy transfer systems will provide the basis for designing new light-harvesting materials that can enhance the efficiency of solar cells and reduce energy loss.

“This is important given that India aims to achieve net zero carbon emissions by 2070 and to meet 50 per cent of its electricity needs from renewable sources such as solar power by 2030,” Mandal said.