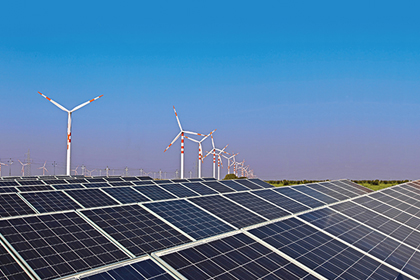 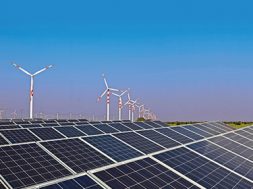 New Delhi: India has finally acquired the long-awaited tag of the fastest growing energy market in the world. The country’s investment in the energy sector grew at a rate of 12 per cent in 2018 — the highest growth rate as compared to any other country, according to the International Energy Agency (IEA).

“Among major areas, energy investment has risen most rapidly in India the past three years, up 12 per cent,” The IEA said in its latest World Energy Investment (WEI) 2019 report. “In 2018, renewable spending continued to exceed that for fossil fuel-based power, supported by tendering for solar PV, and from 2017 wind, amid uncertain financial attractiveness of new coal power, though spending in coal supply rose somewhat. While transmission spending is expanding, investment in distribution has not grown.” 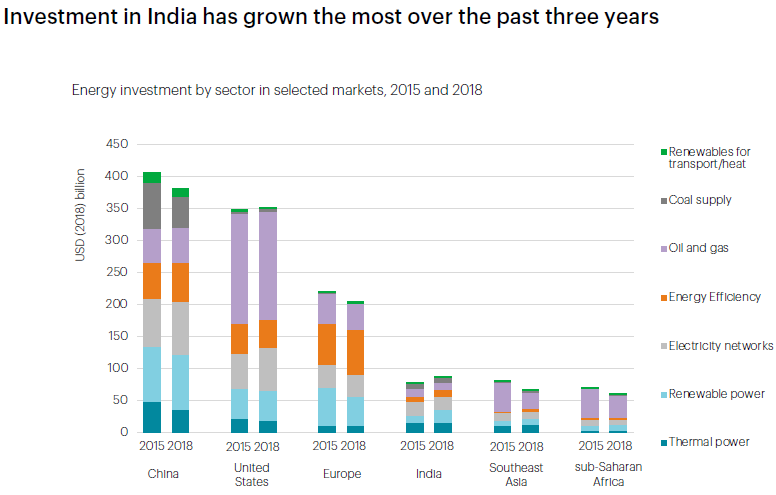 The report said that the lower-middle and low-income countries accounted for less than 15 per cent of the energy investment in 2018 despite containing well over 40 per cent of the world’s population. “In recent years, the fastest investment growth within this group has come from India with rising power sector spending, while spending in sub-Saharan Africa has declined, mostly due to less investment in fuel supply,” the report said.

The IEA’s WEI report — among the most credible publications in the energy space globally — also said that India is an emerging source of industrial energy efficiency investment in the Asia and Pacific region, which grew by nearly 5 per cent (in 2018). Modernisation of industrial facilities coupled with strong mandatory government policy, through the Perform, Achieve, Trade (PAT) Scheme, are important factors driving greater levels of investment.

India also led the world in the growth of air conditioner sales in 2018 — which grew by their largest annual increase with 16 per cent growth to over 175 million units in 2018 — and also driving down the investment in coal-fired power along with China.

“In India, solar PV spending exceeded that for coal power for the first time, supported by government auctions. Total renewable power investment topped fossil fuel-based power for the third year in a row, supported by tendering and uncertain financial prospects for new coal power. Grid investment rose by 4 per cent, with one-fifth increase in transmission, but spending in distribution remained flat,” the report said.

The IEA also said that India was the largest market for coal-fired power (based on Final Investment Decision) in 2018, which is now largely oriented towards super-critical technology but levels were 80 per cent lower than in 2010.

Coal supply investment in India grew by 5 per cent in 2018, underpinned by policy favouring domestic production while reducing imports as much as possible, amid a substantial growth of coal consumption driven by economic growth and higher power demand.