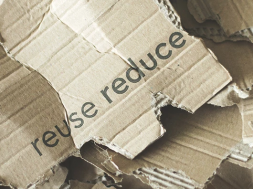 Both the ministers agreed to further engagement in renewable energy, especially offshore wind and green hydrogen, it added.

In the meeting, from the India side, Minister of State for New and Renewable Energy Bhagwanth Khuba, MNRE Secretary Indu Shekhar Chaturvedi and other senior officials of the ministries of power and MNRE were also present.

The Danish minister was also accompanied by a delegation of officials.

Singh underlined to the Danish side that energy transition towards green is an important part of India’s policy.

He pointed out that Prime Minister Narendra Modi in his Independence Day speech has set a target of 450 gigawatts (GW) of renewable energy capacity by 2030.

The minister went on to say that already our whole renewable energy portfolio is at 146 GW.

He stated that India is the only G20 country whose actions are in consonance with the Paris Climate agreement with regard to the global rise in temperature.

Discussing the potential of green energy, Singh said India is looking at making Ladakh and islands such as Andaman & Nicobar and Lakshadweep green in energy including transport.

The two ministers jointly launched the ‘Centre of Excellence on Offshore Wind’ as part of the Green Strategic Partnership.

This Centre will at the outset be centred around four working groups, including spatial planning, financial framework conditions, supply chain infrastructure and standards, and testing.

In the initial phases, the centre of excellence (CoE) will focus on the offshore wind sector.

Both sides agreed to further their cooperation in renewable energy with a focus on offshore wind energy.

The two countries already have an agreement on ‘Strategic Sector Cooperation in the field of Renewable Energy with a focus on Offshore Wind Energy’.

The Danish minister also invited Singh to Denmark to take a first-hand look at Denmark’s work in offshore wind energy.