The Indian government is in talks with the US over a dispute on India’s solar programme at the World Trade Organisation (WTO) and would decide on filing suits against the US based on the outcome of the talks, Power Minister Piyush Goyal said on Tuesday.”The Indian government believes in discussion, dialogue, consultation and resolution of issues, rather than going through the legal processes, which are usually long-drawn,” he told reporters here following a review meeting on Karnataka’s coal, power and mining sectors.

“Therefore, after having acceded to that request, consultations are going on. Should the United States agree to our point of view, which is a very honest and fair point of view. We may not need to file those cases. If they do not agree with our point of view, we can always file those cases,” he said.The WTO dispute settlement panel ruled in February in favour of the US in its challenge to New Delhi’s alleged discrimination against US solar exports.The panel agreed with the US that India’s “localisation” rules discriminated against imported solar cells and modules under India’s National Solar Mission.

India’s domestic content requirements, it agreed, discriminate against US solar cells and modules by requiring solar power developers to use Indian-manufactured cells and modules rather than US or other imported solar technology in breach of international trade rules.Regarding the electricity crisis that has seen constant blackouts here, Goyal said Karnataka government of has now agreed to provide all assistance to complete specific projects.”I have been concerned about the Bengaluru problem that largely emanated because of three very important intra and inter-state transmission lines, because of which we have not been able to move power seamlessly into Bengaluru,” he said.

There are four ongoing power projects linking with various states to bring surplus power from the central grid to Karnataka.He said that if the state government gives the right of way approval within the next 30 days, then a deadline on when the projects will be completed will be given by the central government.”The government of Karnataka has now agreed to provide all assistance to complete these projects. The completion of these projects will help the stae in getting surplus power,” the minister said. 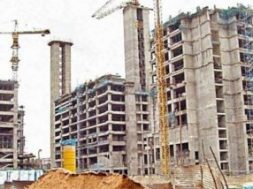