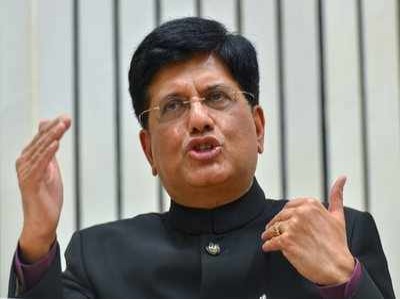 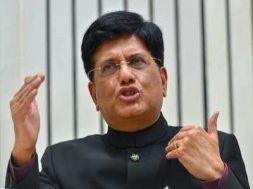 NEW DELHI: India has been able to achieve universal energy access in a short span of time because of PM Naredra Modi’s commitment to end energy poverty, finance minister Piyush Goyal said on Wednesday after accepting a prestigious US award in recognition of his contribution towards energy justice.

“This award recognises India’s growing importance in the world energy scenario. It also shows the deep commitment that PM Modi had of giving universal energy access to every citizen of the country, 24X7; can be achieved in such a short span of time. That’s something nobody had ever imagined could be done. But today it is a reality,” Goyal, who is also in charge of coal and railway ministries, told TOI after receiving the Carnot prize awarded by the Kleinman Center for Energy Policy at the University of Pennsylvania.

The prize is given for distinguished contribution to energy policy. It is named after French physicist Nicolas Sadi Carnot, who recognised that the power of the steam engine would “produce a great revolution” in human development.

Goyal gets the prize for laying the building blocks for a transparent, efficient and sustainable energy system. As power and coal minister, he kicked off a slew of reforms and initiatives for transforming people’s lives through 24X7 affordable power supply. Goyal turned the LED, village electrification and solar power schemes into global marquees by bringing speed and scale never seen before. No doubt, these have helped fuel BJP’s rise.

Goyal will donate the prize money to the International Solar Alliance for instituting the ‘Diwakar (Sun) Award’ for recognising an outstanding organisation working for special children and maximising use of solar energy.