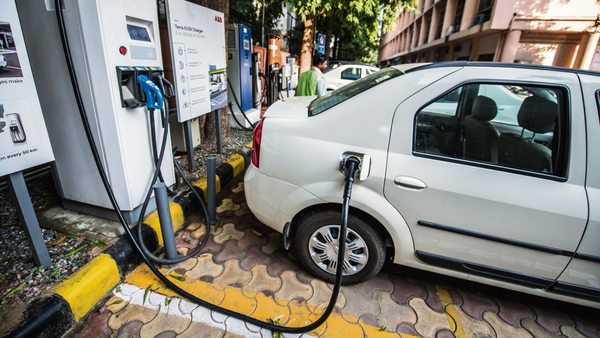 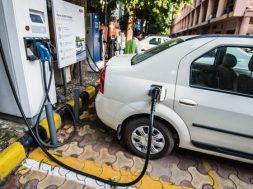 New Delhi: With a host of incentives unveiled in the Union budget for electric vehicles, India has joined governments in China and Europe that have backed the development of the nascent EV industry by offering extensive fiscal incentives and a favourable regulatory environment.

Pushing ahead with its goal to have more electric vehicles to curb rampant pollution afflicting major cities and trim costly oil imports, the government has started from 1 April 2019, the second phase of the Faster Adoption and Manufacturing of Hybrid and Electric Vehicles (FAME 2) scheme, with an outlay of ₹10,000 crore. Although this sum may not be significant compared to some developed countries, the incentives announced in the budget for this sector will go a long way in restoring the confidence of investors and customers alike.

In her maiden budget, finance minister Nirmala Sitharaman announced income tax rebates of up to ₹1.5 lakh to customers on interest paid on loans to buy electric vehicles, with a total exemption benefit of ₹2.5 lakh over the entire loan period. The minister also announced customs duty exemption on lithium–ion cells, which will help lower the cost of lithium-ion batteries in India as they are not produced locally. Makers of components such as solar electric charging infrastructure and lithium storage batteries and other components will be offered investment linked income tax exemptions under Section 35 AD of the Income Tax Act, and other indirect tax benefits.

Most of these steps are similar to the one taken by the governments in China and Europe.

India, though, like China or countries in the European Union (EU), has not set a target for automakers to convert a certain part of their total vehicle production to electric or other electrified offerings. The NITI-Aayog is considering a policy proposal to ban all internal combustion engine two-wheelers under 150cc by 2025 and three-wheelers by 2023.

China, the world’s largest electric vehicle market, has already imposed restrictions on investment in new manufacturing plants for traditional vehicles and the local government has also mandated a quota for EV production for all manufacturers.

Through its New Energy Vehicle mandate, the Chinese government wants carmakers to shift a tenth of their capacity to electric, rising to 12% by 2020. It has also offered major incentives for manufacturing and lithium-ion batteries.

According to a report by the International Energy Agency (IEA), China was home to half of the world’s electric vehicles in 2018, followed by EU countries and the US. China plans to sell 4.6 million electric vehicles by 2020, according to an article published by the World Economic Forum in December.

Japan and South Korea, too, have significantly increased incentives for electric vehicles.

While Japan plans to reduce 80% of green house gas emission from vehicles by 2050, South Korea has extended its National Subsidies to 57,000 electrified vehicles in 2019, compared to 32,000 vehicles in 2018, according to the IEA.

Despite the government incentives, India still lags behind China in setting up an EV ecosystem, according to analysts.

“In developed nations, government subsidies provide for 20-25% of the vehicle cost. Just offering tax breaks would not have much impact unless they are accompanied by non-fiscal incentives. Also, there should be a mandate that leading manufacturers should have a certain share of their sales from EVs after a particular time period,” said Puneet Gupta, associate director, vehicle sales forecasting at IHS Markit

“In major cities in developed markets such as Frankfurt and others, EVs are given free parking space and in certain parts of the cities only such eco-friendly vehicles are allowed. All we can say is that the Indian government has shown some intent from its side to develop India as a potential market for such vehicles,” he added.

EU countries are trying to evolve into a hub for developing batteries and other spare parts for electric vehicles through the Strategic Action Plan For Batteries.

The continent hosts the countries with the largest base of electric car sales. Norway, for instance, leads the electric vehicle market—EVs comprised 46% of the total vehicles sold in the country in 2018. Its figure was over 2.5 times more than the next highest country, Iceland (17.2%), and six times higher than Sweden (7.9%), which comes third in Europe.

In terms of sales volumes, Norway is followed by Germany, the UK and France, the report further notes.

The government in Norway removed import taxes on electric vehicles and cut taxes on their purchase and lease.

The Indian government’s move to reduce goods and services tax on EVs to 5% from the existing 12%—compared to the tax range of 29% to 45% on internal combustion ones—can spur demand for such vehicles here as well.

In the US, California has taken a lead over other states when it comes to legislating tough emission norms for vehicles and providing fiscal incentives for plug-in hybrid and battery electric vehicles.