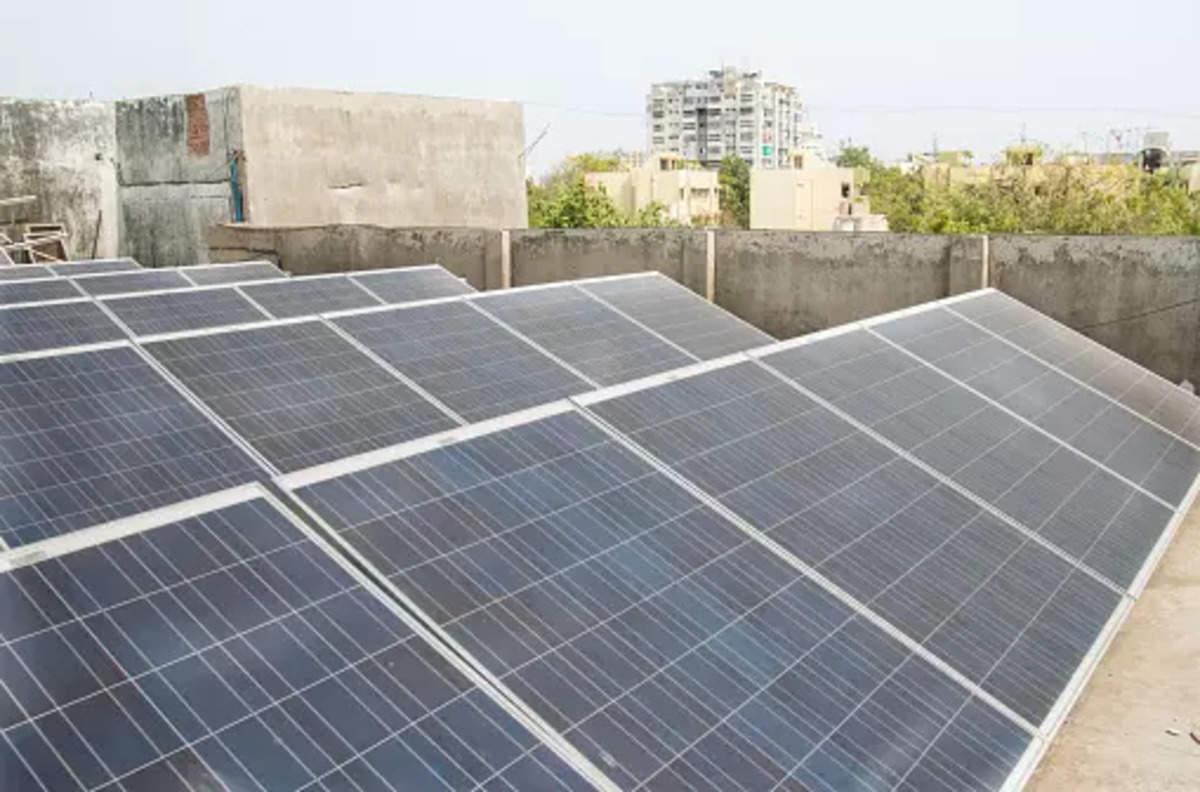 Due to the lower cost, rooftop solar photovoltaics (RTSPV) technology, such as roof-mounted solar panels used in homes, and commercial and industrial buildings, is currently the fastest deployable energy generation technology.

Mumbai : A global study has found that India is the most costeffective country for generating rooftop solar energy at USD 66 per megawatt-hour, while the cost in China is marginally higher at USD 68 per megawatt-hour.

Due to the lower cost, rooftop solar photovoltaics (RTSPV) technology, such as roofmounted solar panels used in homes, and commercial and industrial buildings, is currently the fastest deployable energy generation technology. This, according to this global study, is projected to fulfil up to 49 per cent of the global electricity demand by 2050.

Over the past decade, the massive drop in deployment cost coupled with policydriven initiatives has led to a rapid uptake of RTSPV globally. Between 2006 and 2018, the installed capacity of the RTSPV has grown from 2.5 gigawatts (GW) to 213 GW.

With an additional capacity installation of 41 GW, RTSPV currently accounts for 40 per cent of the global cumulative installed capacity of the solar energy and nearly
one-fourth of the total renewable capacity additions since 2018, which is more than the combined new installed capacities of both coal and nuclear. At the same time, RTSPV technology has shown a steep decline in deployment cost, which ranged between USD 63 and USD 265 megawatt-hour in 2019. It is a reduction of 42-79 per cent over 2010 value.

Rooftop solar photovoltaics account for 40 per cent of the global solar photovoltaics installed capacity and one-fourth of the total renewable capacity additions. According to the study, India has a significant solar rooftop potential of 1.7 petawatt-hour per year. This is against the country’s current electricity demand of 1.3 petawatt-hour per annum, it said.
To understand the electricity generation potential of RTSPV globally and its associated costs, the study mapped 130 million square km of the global land
surface area to identify 0.2 million sq km of rooftop area using a machine learning algorithm.

The study has been co-authored by Priyadarshi Shukla, a professor at Ahmedabad University and director of its global centre for environment and energy; Shivika Mittal from the Imperial College, London; and James Glynn from Columbia University. The team was led by Siddharth Joshi, researcher at MaREI, the SFI Research Centre for Energy, Climate and Marine in University College Cork.

The global potential of RTSPV is 27 petawatt-hour per year and the global average megawatt-hour cost for this varies in the range of USD 40-280 per megawatt-hour with the greatest energy generation potential in Asia.

The global potential is predominantly spread between Asia (47 per cent), North America (20 per cent) and Europe (13 per cent), according to the study. The second cheapest market for this method is China where it is pegged at USD 68 per megawatt-hour — USD 2 higher than the potential Indian rate, while England and the US are among the costliest.

The findings have an important implication for sustainable development and climate change mitigation efforts. The International Solar Alliance, a joint initiative launched by India and France, is planning to mobilise USD 1 trillion in investments by 2030 to increase penetration of solar energy.