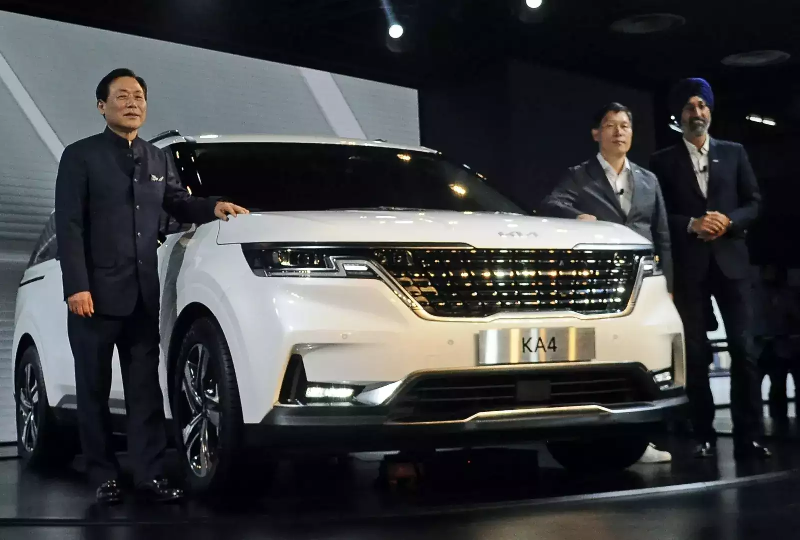 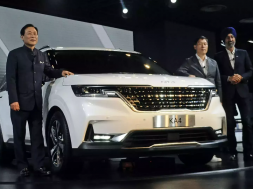 Consumers are back and willing to spend on electric vehicles in India, but the infrastructure to support the sector is lagging. Hybrids could be the answer

India is now among the top three auto markets in the world. A feat indeed, but it’s being driven by internal combustion-engine cars even as global pressures force a pivot to cleaner electric vehicles.

Over 4 million four-wheel vehicles were sold in India last year, surpassing Japan and coming in behind China and the US. That’s a stunning reversal from almost eight months ago, when sales tanked to a decade-low and swathes of production capacity lay idle. Now, with the economy growing at a fast clip, car buyers are back and willing to spend. While the broader market is largely made up of motorbikes, where the cost of ownership is low compared to larger autos, aspirational Indians are edging into the passenger segment. Bigger, sport utility vehicles are now a larger portion of the mix, too.

To nudge India’s cost-conscious drivers and in keeping with the green hype, automakers released a slate of glitzy EVs this month at the country’s largest motor show, India Auto Expo, with promising announcements from domestic and foreign manufacturers like China’s BYD Co. and Kia Corp. Trouble is, owning one of these newly released four-wheeler EVs is an exciting prospect for buyers headed to showrooms — but once they get there, the economics are a little more tricky. 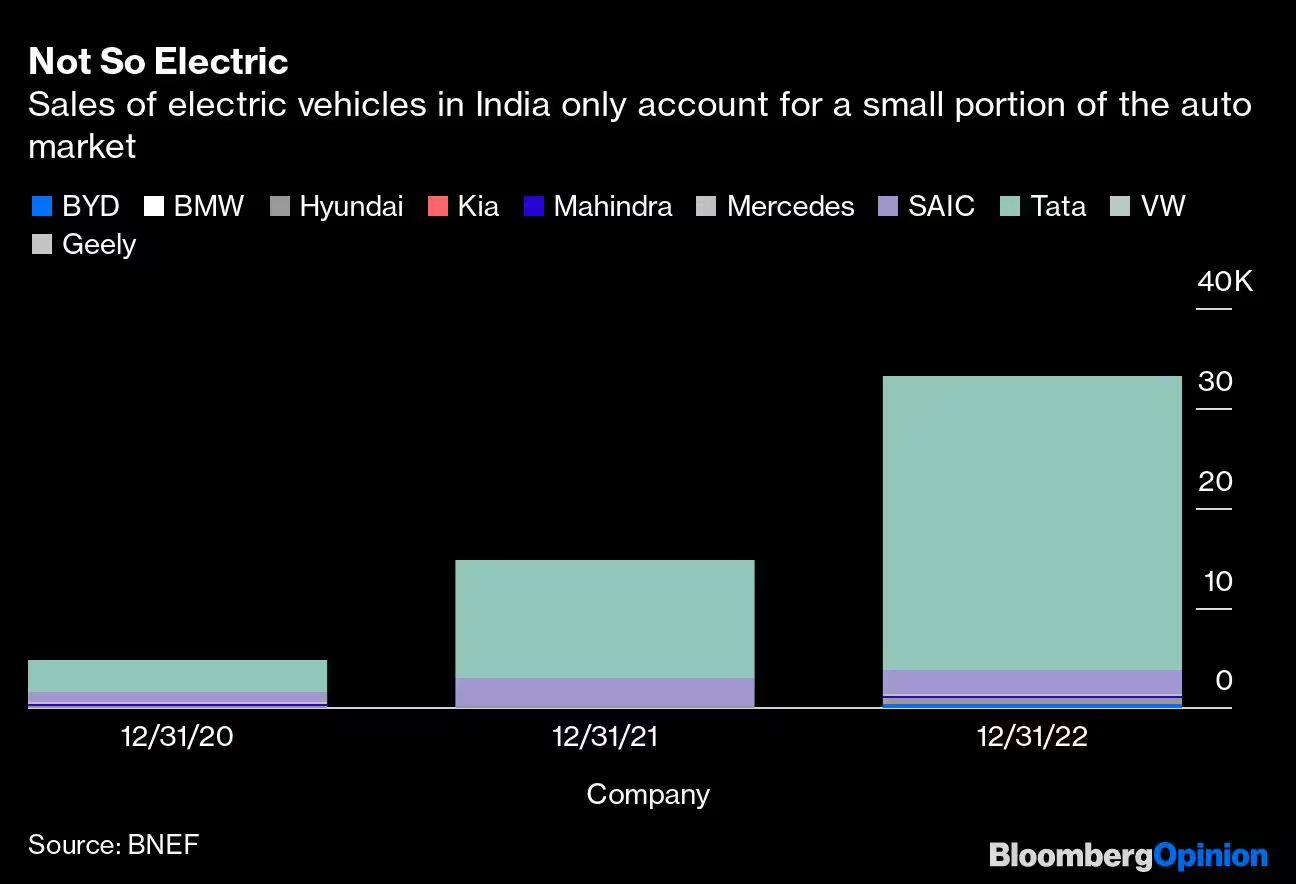 India’s electric success has been limited to its two-wheeler, or 2W, market. And, it won’t be easy to replicate for larger vehicles. That’s because the economics of 2W electrics work well in the country: The powerpacks are smaller and therefore, cheaper, a growing trend towards battery-swapping has cut out range anxiety and charging is increasingly available. Meanwhile, owning an electric motorbike has become an affordable proposition, because gas prices no longer impact the daily household bill. Those savings go a long way. Additional government incentives are also helping.

The rise of 2W electrics is akin to that of compressed natural gas cars in India. Cost savings and regulation pushed drivers to adopt these vehicles. The favorable economics mean that people are willing to wait to fill up — it isn’t uncommon to see long lines of cars queuing to replenish their tanks. People won’t complain about the delays if it’s better for their budgets.

The economics, though, is exactly why four-wheeled EVs are likely to have a bumpy ride in India. Despite a host of options for consumers — especially now — electric cars are too expensive for what they offer drivers. Power systems can’t support charging networks, even if companies are incentivized to set up infrastructure and we end up with enough stations. The supply of electricity isn’t consistent in many parts of the country, and charging larger batteries requires higher capacity and voltage. The existential EV problems of range and the anxiety around running out of charge persist, especially given the distances across India and its notoriously bad traffic. Stack that up against the price of buying an EV, and there are few with the luxury of driving an electric.

Until it’s more economically viable for the average Indian, the idea of imminent mass adoption is wishful thinking. Meanwhile, the costs for most manufacturers are also rising. Battery supply is hard to come by and as of today, unreliable. Anecdotally, the quality of powerpacks coming into India is also low.

That poses a problem for Prime Minister Narendra Modi’s government, which has ferociously pushed his greening mission, along with all the big companies that came along for the ride. At the Auto Expo, the likes of Ashok Leyland Ltd. and Tata Motors Ltd. had all sorts of alternative fuel vehicles on display — hydrogen, ethanol, flex fuels (that work on ethanol blends), electric, compressed natural gas, you name it.

There’s a more realistic solution: Go hybrid. Before dismissing it as a transitory idea, it’s worth remembering that’s what we need — a means to an end. They can help lower emissions so Delhi and other parts of India can come out from under the cloud of smog that threatens the health of millions of citizens. Buyers have the option to test out the electric side while releasing fewer emissions and getting through their day without worrying about charging. Meanwhile, hybrids also use a fifth to a quarter of the batteries needed for EVs, meaning they are less affected by the rising price of powerpacks (that account for almost 50 percent of the cost in electrics). The car ends up being cheaper and more efficient. Throw in bigger subsidies and they could become an attractive value proposition for Indians. Policies in the US and China already indirectly incentivize purchasing these vehicles. 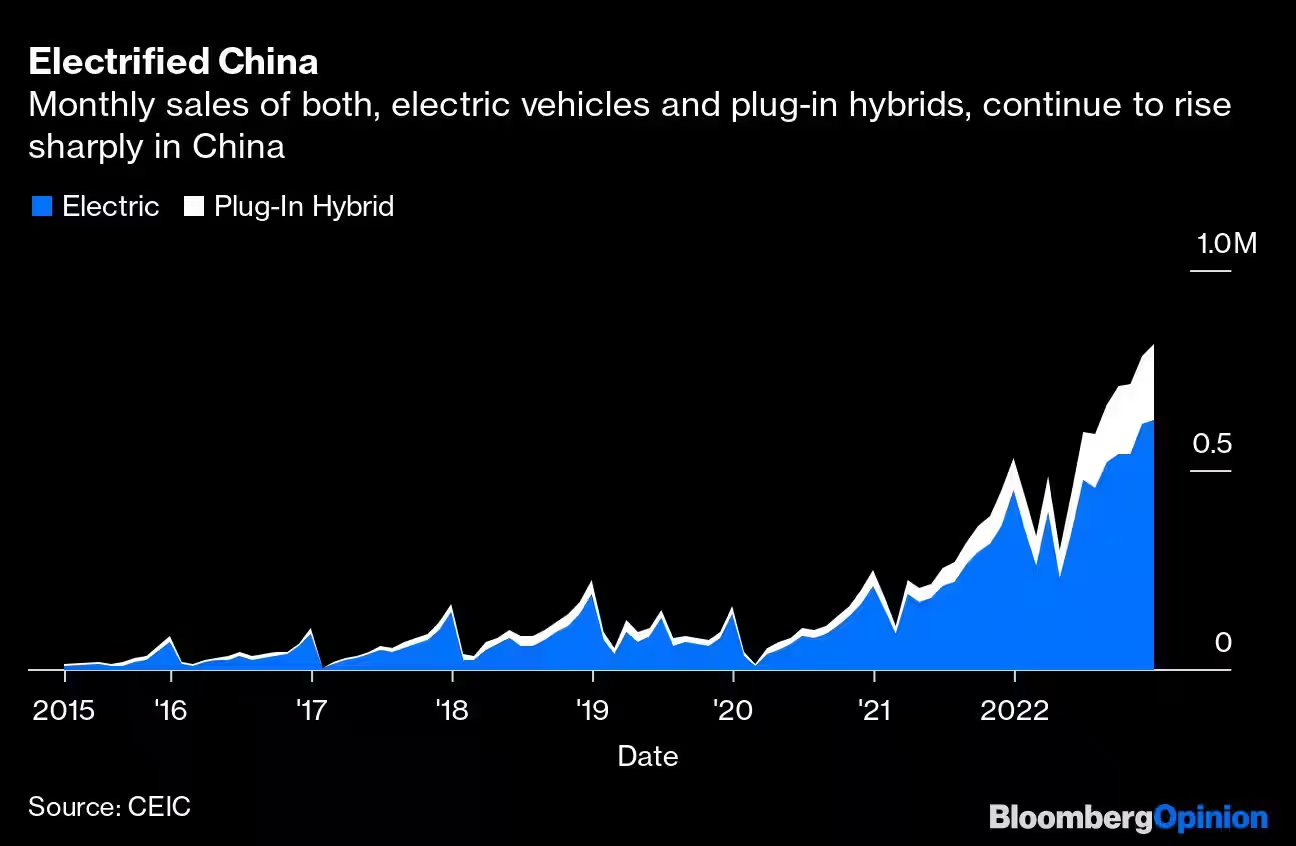 No wonder, then, that savvy BYD, one of China’s top-selling automakers, announced its intentions to corner 40 percent of India’s EV market by the end of this decade. However, it hasn’t committed to setting up huge production operations yet, preferring to gauge demand first. The firm assembles cars from imported semi-knocked down kits and will continue to import batteries that it manufactures in China. The world’s largest automaker and staunch-believer in hybrids, Toyota Motor Corp., launched a second model in India late last year — a cleaner version of the already popular Innova.

Sure, the issue with hybrids tends to be around how drivers use them. Studies have shown they end up being driven less on electric and more on fuel. Fair, but as energy costs and emissions become front and center, they provide a better option than gas guzzlers.

Further incentivizing players like BYD to first bring in their hybrid offerings could help jumpstart India’s road to lower emissions. Manufacturers, too, may want to start bringing in realistic solutions that work for the energy transition, not just the future.

For Indians, electrification will happen — at the right price. This technology is a step in that direction.