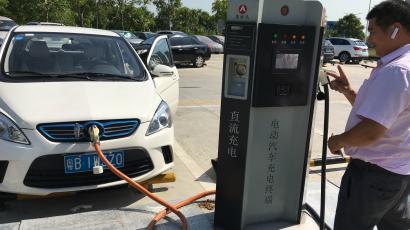 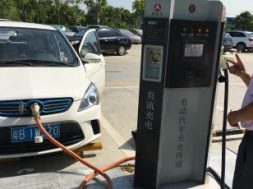 In an attempt to rapidly increase the use of electric vehicles in the country, India is working to develop its own EV charging station standards.

Business daily Mint has reported that Indian agencies are looking to develop a national standard for EV charging stations. The newspaper reported that the Bureau of Indian Standards (BIS) and the Department of Science and Technology (DST) have formed a joint group to work on the development of these standards.

The standards seemed to be aimed at interoperability to ensure a wide range of electric vehicles are able to access charging facilities across the country seamlessly. This is one of the major goals under the Indian government’s Faster Adoption and Manufacturing of Electric and Hybrid vehicles (FAME) scheme. Rs 1,000 crore (US$143 million) have so far been earmarked for setting up electric charging stations across the country.

Public transportation is the first target for the Indian government to introduce and promote use of electric vehicles. Apart from some cities launching electric buses, a number of smaller companies have introduced electric bikes and cab hailing services plan to launch electric cars into their fleets.

The next target of the India government for the proliferation of electric mobility would be two and three-wheelers. According to recent reports, the government could mandate sale of only electric three-wheelers from April 2023 and only electric two-wheelers from April 2025. As we covered in a recent story, these two segment comprise of more than 80% of automobiles sold in India. Therefore, interoperability becomes imperative.

In November 2018 Economic Times quoted senior government officials stating that individuals shall be allowed to set up EV charging stations without the requirement of a license to do so but these charging stations must following standards issued by the government.