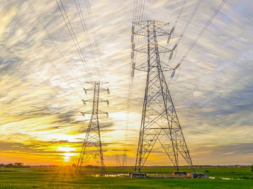 India: India Ratings and Research believes the Ministry of Power’s (MOP) order for implementing the letter of credit (LC) payment security mechanism could improve the predictability of cash flows for generating companies in the long term; in the short term, however, there are several implementation challenges. Distribution companies (discoms) would have to create LC for about INR300 billion before August 2019, if the circular has to be implemented. Also, clarity on payment of existing dues is still awaited. Additionally, given the erratic payment behaviour of discoms, banks could issue LCs subject to 100% margin back–up. The standalone credit profiles of several discoms are frail; therefore, LC issuance by a bank could be a litmus test for discoms.

While the insistence on establishing LC could create credit discipline in the long term, it is vital for discoms to address the issue of mounting payment delays. Both the financial restructuring plan (2012) and UDAY (2015) have only provided short-term respite; a sustainable solution to the quandaries of the power sector has proved to be elusive.

The consequences of non-creation of LC include stopping despatch from generating companies, preventing trading through power exchanges, and not allowing short-term open access. These consequences are quite severe as they could force discoms to resort to load-shedding; thus, this could prove to be effective for ensuring timely payments from discoms. Load-shedding would be politically sensitive and push back is likely from discoms and state governments against the timeline for implementing the MOP order and its consequences. Discoms have to pay fixed charges even if despatch is stopped for the above reasons. Generally, PPAs require the creation of LCs for at least one month’s billing, which is unconditional and irrevocable, for a tenor of one year. However, till date, the establishment of LC has been a mere clause in PPA, with actual implementation not adhered to.

The MOP has announced that the despatch of power to discoms will be subject to the opening of LCs under respective PPAs. In case of non-payment beyond the permitted grace period under PPAs, LCs shall be encashed. Despatch could be stopped if the LC is not opened and non-payment of power purchase dues continues.

Operationalising of the mechanism to ensure opening of LCs might not be a straightforward process, as severe cash crunches have rendered some discoms incapable of paying power purchase bills in a timely manner. Cash crunches could be caused by delays in subsidy realisation from state governments, high receivables, or high aggregate technical and commercial losses. Improvement in the cash flows would require continuous concerted efforts; however, the notified framework for controlling despatch based on opening LCs and timely clearing of power purchase dues could create urgency in discoms and state governments to make the discoms operate profitably.

In Ind-Ra’s portfolio, none of the thermal projects have the benefit of LC from counterparties. Among rated renewable SPVs, Bangalore Electricity Supply Company Limited has created all required LCs; NTPC Limited has created LCs under some PPAs; and no LC has been created under the PPAs signed by Solar Energy Corporation of India (SECI).

Single counterparty exposure for project SPVs has led to volatile payment patterns. While renewable PPAs with SECI and NTPC are perceived to be better than those directly signed with discoms (except for discoms with strong credit profiles), the PPA provision indicate a significant dependence on discoms that have signed back-to-back power supply agreements against each PPA of SECI/NTPC.

Creation of the payment security mechanism, including opening of LC and payment security fund, are to be complied by SECI and NTPC only if LCs are created by discoms on a back-to-back basis. Ind-Ra believes that when an obligation is not directly on SECI or NTPC, the benefit of such obligations is unlikely to accrue to project companies, as already evident from the lax conformance to the creation of LCs under SECI PPAs. The MOP’s order does not offer any specific information regarding the manner in which renewable companies will be compensated in case of non-creation of LCs by buying entities. If the MOP’s order is applied for renewable projects, and if the undespatched generation is compensated at full tariff, it would be significantly positive for renewable projects as well.

The compensation clause for backdown (for reasons other than transmission unavailability or grid security issues) in recent renewable PPAs is at the half of the contracted tariff for the lost quantum of generation due to such backdown. Feed-in-tariff wind PPAs and solar PPAs signed in 2016 or earlier don’t include any provision for compensation for such backdowns.

Lack of transparency in the financial and liquidity position of discoms has impeded liquidity planning by renewable companies. If the receivable cycles of Andhra Pradesh and Telangana discoms remain long for another two or three months, it could lead to a liquidity crunch for many renewable developers, as the exposure to these entities account for about 15-20% of most renewable developers’ portfolios. Also, working capital tie-ups are dependent on existing lenders of project companies offering fresh working capital loans to protect their exposure from default. Other lenders are hesitant to sanction working capital, majorly due to the reluctance of term loan lenders to share first charge on receivables with new working capital lenders and also due to the high levels of perceived uncertainty in discom receivables.

Major renewable developers, who have sizeable portfolios (>2GW operating), depend significantly on internal accruals to infuse equity in new projects. Delays from counterparties could jeopardise the implementation of projects that have been already awarded and slow down competition in future auctions.

Transparency on the part of counterparties (including SECI and NTPC) in terms of the likelihood of making/receiving payments in the next three or six months would be key to improve the liquidity planning by project companies, even in times of receivable stress.

ALL CREDIT RATINGS ASSIGNED BY INDIA RATINGS ARE SUBJECT TO CERTAIN LIMITATIONS AND DISCLAIMERS. PLEASE READ THESE LIMITATIONS AND DISCLAIMERS BY FOLLOWING THIS LINK: HTTP://WWW.INDIARATINGS.CO.IN/UNDERSTANDINGCREDITRATINGS.JSP. IN ADDITION, RATING DEFINITIONS AND THE TERMS OF USE OF SUCH RATINGS ARE AVAILABLE ON THE AGENCY’S PUBLIC WEBSITE WWW.INDIARATINGS.CO.IN. PUBLISHED RATINGS, CRITERIA, AND METHODOLOGIES ARE AVAILABLE FROM THIS SITE AT ALL TIMES. INDIA RATINGS CODE OF CONDUCT, CONFIDENTIALITY, CONFLICTS OF INTEREST, AFFILIATE FIREWALL, COMPLIANCE, AND OTHER RELEVANT POLICIES AND PROCEDURES ARE ALSO AVAILABLE FROM THE CODE OF CONDUCT SECTION OF THIS SITE.