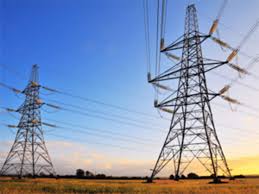 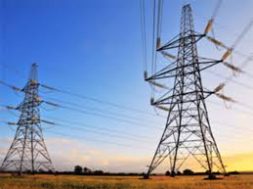 Petition for increasing the ceiling tariff

Corrigendum to the Tariff Order's in respect of Electricity Department 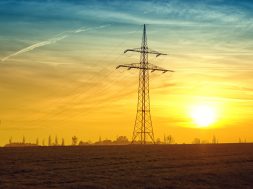 JERC invites Comments from the Public on the Draft 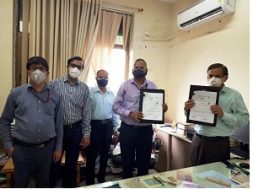 Mumbai: India Ratings and Research (Fitch Group) has published the July 2019 edition of its credit news digest on India’s power sector. The report highlights the trends in the power sector, with a focus on capacity addition, generation, transmission, merchant power, deficit, regulatory changes and the recent rating actions.

The short-term power price at Indian Energy Exchange (IEX) remained stable at INR3.32/KWh in June 2019 (May 2019: INR3.34/KWh) but declined 11.1% yoy due to lower demand in the short-term market. The total power trade at IEX fell 15% yoy to 4,211 million units in June 2019. The fall in short-term demand was on account of improved supply from long-term contracts as the generation improved yoy across all sectors including thermal (8.7%), hydro (7.9%) and renewables (4.7%). The thermal sector, which remains the highest contributor to the overall generation (83%), witnessed an improvement in total generation to 112.8 billion units due to higher yoy availability of both domestic and imported coal. Coal imports increased 28% yoy to 5.7 million tonnes in June 2019 and increased 41% to 18.4 million tonnes in 1QFY20.

While coal inventory at thermal power stations rose 72.4% yoy to 26.6 million tonnes in June 2019, it declined from the peak of 31.6 million tonnes in April 2019 due to higher electricity generation owing to summer season and elections. Subsequently, while the number of thermal power plants with sub-critical level of coal decreased to five in June 2019 from 15 in June 2018, the number increased from zero in March 2019. The coal inventory decreased from 18 days of consumption equivalent on 31 March 2019 to 15 days on 30 June 2019.

Headquartered in Mumbai, Ind-Ra has seven branch offices located in Ahmedabad, Bengaluru, Chennai, Delhi, Hyderabad, Kolkata and Pune. Ind-Ra is recognised by the Securities and Exchange Board of India, the Reserve Bank of India and National Housing Bank.

Ind-Ra is a 100% owned subsidiary of the Fitch Group.

ALL CREDIT RATINGS ASSIGNED BY INDIA RATINGS ARE SUBJECT TO CERTAIN LIMITATIONS AND DISCLAIMERS. PLEASE READ THESE LIMITATIONS AND DISCLAIMERS BY FOLLOWING THIS LINK: HTTPS://WWW.INDIARATINGS.CO.IN/RATING-DEFINITIONS. IN ADDITION, RATING DEFINITIONS AND THE TERMS OF USE OF SUCH RATINGS ARE AVAILABLE ON THE AGENCY’S PUBLIC WEBSITE WWW.INDIARATINGS.CO.IN. PUBLISHED RATINGS, CRITERIA, AND METHODOLOGIES ARE AVAILABLE FROM THIS SITE AT ALL TIMES. INDIA RATINGS’ CODE OF CONDUCT, CONFIDENTIALITY, CONFLICTS OF INTEREST, AFFILIATE FIREWALL, COMPLIANCE, AND OTHER RELEVANT POLICIES AND PROCEDURES ARE ALSO AVAILABLE FROM THE CODE OF CONDUCT SECTION OF THIS SITE.​