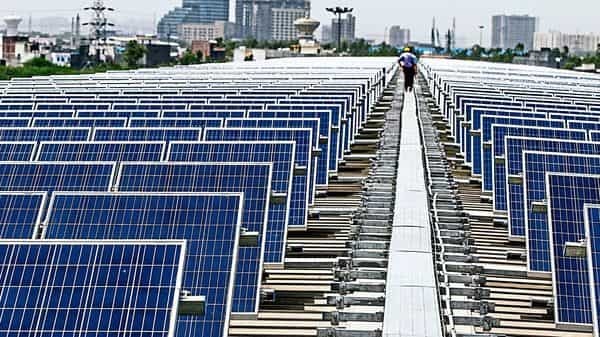 India’s federal government has stepped in to mediate a dispute between the state of Gujarat and solar power developers over the province’s plan to backtrack on bids for a 700 megawatt project because of high tariffs and invite fresh ones.

“Certainly it is creating some disturbance in the renewable energy market,” Amitesh Kumar Sinha, joint secretary at the ministry told reporters in New Delhi about the initial discussion the ministry has had with the coastal state. “We will take up this issue further. We’ll handle it.”

Gujarat Urja Vikas Nigam Ltd., the parent body for electricity development in the state, had awarded the contracts to firms, including ReNew Power, Tata Power Co. and state-run SJVN Ltd. for building solar capacity at tariffs of as much as ₹2.81 (4 cents) a kilowatt-hour.

The state’s attempt to override an existing accord to search for lower auction prices is the latest in a series of such breaches that have roiled the country’s renewable energy industry. The development is set to sour the mood of investors that were slowly emerging from a similar crisis when the southern state of Andhra Pradesh sought to renegotiate old contracts saying they were “exorbitantly priced.”

The industry lobby group has approached the federal and the state governments to resolve the matter, Pulipaka said.

The 700 megawatt project is part of a 1 gigawatt solar park planned at Dholera, a low-lying wasteland surrounded by water bodies and frequently swamped by floods. While 300-megawatts of projects have been awarded, the state was struggling to attract bidders for the rest because of the geological challenges of the site, which would require higher costs of installation.

To accommodate these challenges, Gujarat Urja Vikas or GUVNL, put a higher price ceiling of 2.92 rupees a kilowatt hour on auctions conducted last year. A few months later, solar power auctions, including one conducted by Gujarat, saw a plunge in prices, nudging the state utility to consider seeking fresh bids in the interest of electricity consumers, according to an order by the state regulator, which approved the plan.