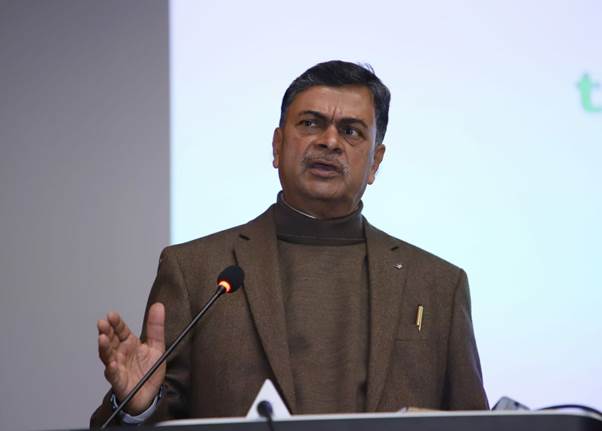 Shri R.K Singh, Union Minister for Power and NRE launched the plan “Transmission System for Integration of over 500 GW RE Capacity by 2030″ here today.

Ministry of Power had constituted a high-level committee under Chairperson, Central Electricity Authority with representatives from Solar Energy Corporation of India, Central Transmission Utility of India Ltd, Power Grid Corporation of India Ltd, National Institute of Solar Energy, and National Institute of Wind Energy for planning the transmission system required for having 500 GW of non-fossil fuel based installed capacity by 2030.

The Committee prepared a detailed Plan titled “Transmission System for Integration of over 500 GW RE Capacity by 2030″ in consultation with States and other stakeholders. The Plan is a major step towards achievement of the goal of integrating 500 GW of non-fossil fuel based capacity by 2030 by providing broad plan of required transmission system for having 537 GW of Renewable Energy capacity by the year 2030. 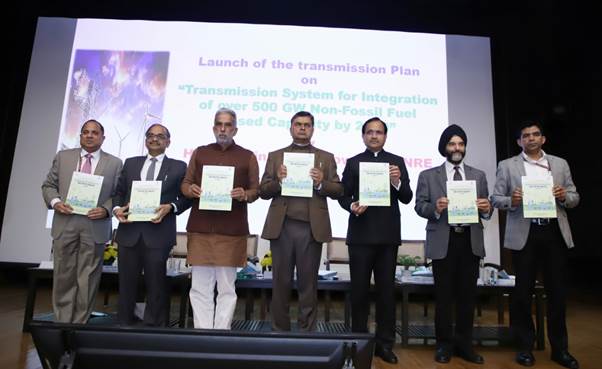 The transmission plan also includes transmission system required for evacuation of 10 GW off-shore wind located in Gujarat and Tamilnadu at an estimated cost of Rs. 0.28 lakh crore. With the planned transmission system, the inter-regional capacity will increase to about 1.50 lakh MW by 2030 from 1.12 lakh MW at present.

Considering the availability of Renewable Energy based generation for a limited period during day, the Plan also envisages installation of Battery Energy Storage Capacity of the order of 51.5 GW by 2030 to provide Round the Clock power to end-consumers.

The Plan has identified major upcoming non-fossil fuel based generation centres in the country, which include Fatehgarh, Bhadla, Bikaner in Rajasthan, Khavda in Gujarat, Anantapur, Kurnool RE Zones in Andhra Pradesh, offshore wind potentials in Tamil Nadu and Gujarat, RE park in Ladakh etc. and based on these potential generation centres, transmission systems have been planned.

With the above transmission plan for having 500 GW of non-fossil fuel capacity by 2030, along with transparent bidding system, an open market, an expeditious dispute resolution system, India will continue to be one of the most attractive destinations for investment in Renewable Energy.

India has emerged as one of the world leaders in energy transition with the fastest rate of growth of renewable energy capacities in the world. India has huge ambitions in energy transition and plans to have 500 GW of non-fossil fuel based electricity installed capacity by 2030, so that cleaner fuel comprises of 50% of the installed capacity mix by 2030.

The installed electricity generating capacity in the country at present is 409 GW comprising of 173 GW from non-fossil fuel sources, which is about 42% of the total installed electricity generating capacity. For evacuation of power from the planned Renewable capacity by 2030, a robust transmission system needs to be in place in advance as the gestation period of wind and solar based generation projects is much less than that of associated transmission system. A comprehensive plan has been finalized to meet this objective.

0
0   0
previous NIT for third centralised tender under PM-KUSUM Scheme (Component-B) - EQ Mag
next LONGi : Plans to invest 3 billion yuan in the construction of a PV modules project with an annual output of 15GW in Wuhu - EQ Mag