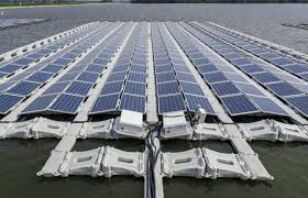 Kolkata: The country’s biggest floating solar power project is coming up at Sagardighi with the state government’s initiative of setting up a power plant that will benefit residents of 1 lakh households in the area.

The state Home Secretary, Alapan Bandyopadhyay, said at Nabanna on Thursday: “The state Power Minister Sovandeb Chattopadhyay has informed the cabinet about the project.”

The initiative is going to ensure sufficient and uninterrupted power supply to at least 1 lakh households. The state government has taken a series of steps to ensure an increase in generation of non-conventional forms of power and it has come up as a major step in this regard.

This comes when a 200 MW solar power project is coming up at Digha in East Midnapore which is a fall out of the business conclave held at Digha in November 2019. The project that will ensure generation of 350 million units of power per year and check 500 thousand tonnes of carbon emission is coming up at a cost of Rs 1200 crore.

KFW, the Frankfurt based state-owned development bank, is extending financial assistance of Rs 1000 crore while the state government is contributing Rs 200 crore for the same.

Adani to complete 1,000 MW transmission line to Mumbai by December 2022