A Webinar organised by the USISPF to connect US investors with opportunities in Indian renewable sector threw up some insights, and assurances, as MNRE secretary Anand Kumar pitched for more investments from US firms in the sector.

At a Webinar organised late yesterday evening by the US India Strategic Partnership Forum (USISPF), participants got dollops of reassurance, and an insight into the future for renewable energy in India, including manufacturing, as India’s MNRE sees it, with inputs from key industry leaders.

Speaking to the logged in audience, MNRE secretary Anand umar stressed that at the MNRE, momentum for India’s ambitious renewable push will never be allowed to flag. Even at the time of COVID-19 pandemic.

Kumar started off by highlighting how, contrary to reports, India’s renewable energy target was within reach today. With 87GW commissioned as of March 31, 2020, 34 GW under construction, and a further 30 GW in the bidding pipeline. The total of 151 GW, he said, placed the country close enough to the 175 GW target of 2022, to give everyone optimism that it would be reached. 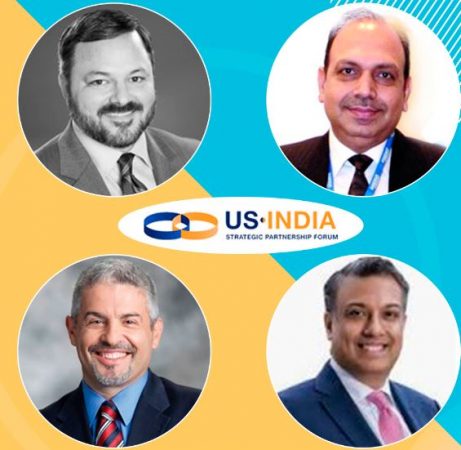 Enumerating the many steps taken by the MNRE since 2019, when headwinds first hit the sector, Kumar stressed that the focus was to make investment in the sector ‘risk free’. Starting with PPA’s or Power Purchase Agreement’s, Kumar stressed that PPA’s today are the strongest they have ever been, after changes made in 2019 with industry feedback. From payment mechanisms. to a clear definition of force majeure conditions, be they political or non-political, have been clearly specified.

Payment security came in for special highlighting. From the move in August 2019 to ensure that discoms purchase power only after opening Letter of Credits (LC’s), to plans to create an Alternate Investment Fund (AIF) with IREDA (Indian Renewable Development Agency), which has been involved with financing RE projects for a long time, to ensure discoms could also be supported financially, and by extension, generators. Kumar stressed that steps were being taken across the payment chain to ensure financial security. He highlighted how the MNRE, which has been particularly active on this front, stood with developers against the Andhra government in court to enforce their PPA’s or issued instructions to make RE projects ‘must run’ for discoms, besides forbidding curtailment for reasons other than grid safety. Where curtailment is still done, payment would still have to be made on a deemed generation basis, he said.

On the COVID-19 lockdown impact, he referred to the ministry’s decision to proactively allow force majeure on projects under development for the period of the lockdown, and a month after that. He took pains to highlight how SECI (Solar Energy Corporation of India), which has been a primary nodal agency for most large projects, has never defaulted on a payment to a developer.

Touching on an issue that has caused significant legal troubles and delays for RE projects, namely GST and Safeguard Duty (SGD), Kumar had some more good news.

“There was a standing concern of generators regarding a payment due to enhancement of GST and SGD. We resolved the GST issue earlier on, by paying the GST enhancement on annuity basis till commissioning date.

Today we have taken a decision that SGD will also be paid on the same basis by SECI, within this week.”

Importantly, the MNRE secretary stressed that for some of the biggest changes, be it PPA’s, LC’s or even Renewable Purchase Obligations (RPO’s), all of which while critical, have still faced pockets of resistance, a big change is coming. Amendments to the 2003 Electricity Act have been promised very soon, through an ordinance even if required, to give strong legal backing to each of these moves that seek to make an investment in the renewable sector a ‘risk-free’ and a massive opportunity for investors, he said.

Sticking to his promise of tight deadlines, he promised to ensure that pending discom payments to RE generators up until the COVID-19 lockdown were resolved as early as the end of this month.

Sinha highlighted the tremendous gains the sector had made in the past few years, and the key challenges it had faced. His view on the the post lockdown period vis a vis fresh industry challenges, was also shared. He acknowledged the role the MNRE had played in enabling the industry to grow, particularly some of the ‘proactive, quick’ moves made in past months when it comes to issues around payments and other areas. Sinha raised some key queries with respect to steps being taken to support not just RE producers and investors, but also their key customers, discoms. Distress at the former end was always going to impact the developers, and it was key to see a solution for stressed discom finances too. Sinha also hoped that with the increased volume of bids, momentum on which had not been lost even during the Covid-19 pandemic currently, manufacturers in India would also have the volumes to build viable, quality businesses.

Following him was Georges Antoun, Chief Commercial Officer, FirstSolar. Georges highlighted his firm’s presence across multiple geographies, and what they would look for to consider fresh investments. From the right incentives to a level playing ground for domestic manufacturers. He stressed how their plants in the US, Malaysia and Vietnam continue to work even in the present times, thanks to the high degree of automation as well as the relative ease of following the new social distancing norms and other conditions. On India specifically, Georges made a specific reference to the ” need to balance the cost with quality and reliability in India”, as a key feedback.

On a query from Nolty, Anand Kumar shared his view on the future of renewable energy in India, where he saw storage playing a particularly critical role. ” The age of vanilla solar or vanilla wind is almost over. Solar energy alone will be produced to such an extent that you will have to give it away dying the day time. Thus, we are moving away from vanilla solar and wind. We are moving towards hybrids, and hybrid with storage. Our effort is to create more and more demand for storage, as seen with our push for capacity to deliver peaking power and round the clock power. We are also looking to create storage facilities which can be given on rent or hire to discoms for balancing , as has been done elsewhere in the world.” He highlighted Tata Power’s 20MW storage ‘battery‘ in Delhi that was started in 2019 for load balancing support.

Kumar cited the current pipeline to make his point and invite investor interest from US. “We have 2000 MW of solar bids up, 1200 MW of hybrid, bids for 400 MW of round the clock power, 2000 MW of wind, 5000 MW of solar combined with thermal that is open, waiting for closure. We have closed the world’s largest single bid for 1200MW of storage recently, and a fresh one will be out soon now.”

On manufacturing in India, Kumar stressed that considering China’s dominance in renewable equipment manufacturing, it was critical for India to ensure that its energy security was in its own hands. ” We would like to develop India as a manufacturing hub, with US support. We are trying to set up manufacturing hubs. Land for these hubs has been requested in various states. Suggestions are welcome on incentives and policy decisions to facilitate manufacturing in RE sector in India.

Basic Customs Duty (BCD) was a tool he mentioned that would be used to support domestic manufacturing, besides support for building hubs for exports, including services in the sector. These would include consulting as well as remote management of RE sites from India, from a hub in Gujarat.

On Georges point about quality, Kumar highlighted the removal of price caps on new bids now, and made it clear that the government was aware o the need to upgrade quality, as the sector transitioned to a more critical supplier role on the back of hybrid, storage and other innovations. “Discoms value dispatchable power, and that requires quality”. He highlighted the government’s openness to look specifically at Solar-wind-storage, hydro, storage in battery or pump hydro as storage options for round the clock power supply. “Discoms want despatchable power today, and that’s the product we are pushing for, for the industry to stay relevant”.

Kumar signed off by informing all the attendees that the REINVEST event, which has served as the flagship MNRE event for showcasing the opportunities in India, would be going virtual this year. REINVEST 2020 will be completely digital, (virtual), nd we invite US investors to take the opportunity to participate in a big way.