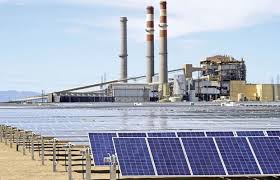 APP requests MNRE to include gas-based power in RTC scheme 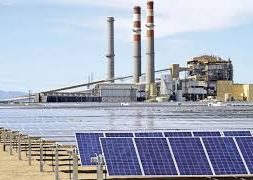 APP requests MNRE to include gas-based power in RTC scheme

A power producers body has requested the government to include electricity generated from gas-based plants in its proposed scheme for round-the-clock power from renewable energy (RE) projects complemented with thermal power.

power producers body has requested the government to include electricity generated from gas-based plants in its proposed scheme for round-the-clock power from renewable energy (RE) projects complemented with thermal power. The Ministry of New and Renewable Energy (MNRE) has proposed a draft policy for the supply of round-the-clock (RTC) power to distributors through a mix of renewable energy and electricity generated in coal-based plants.

In a letter to New and Renewable Energy Minister R K Singh, the Association of Power Producers (APP) said, “under the scheme, the Ministry has restricted the choice of thermal power for bundling with RE power, to only coal-based power. Request to include gas as a non-RE source under the MNRE scheme for supply of RTC power from RE power projects, complemented with power from thermal power projects.” The APP understands that blending of RE and thermal power will result in optimal utilisation of transmission infrastructure and also help with utilisation of stranded thermal power assets, the body said adding including gas based power has its own advantage. In the letter, the body said gas is a superior choice as balancing power. It has many advantages when compared with coal. It has faster ramping rates, low technical minimum level of operation and high part load efficiencies. In a scenario with high RE mix, gas based power will be strongly suited to provide the required RE balancing needs due to these advantages.

It said about 25 GW of gas plants (worth about 50,000 crore of investments) are lying idle. Hence, the spare capacity can be used to provide balancing power without any additional capex requirement. Also, it gives opportunity to revive stranded capacity in a sector which already has capital invested, bulk of it coming from domestic lending institutions. “Gas is much more environmentally friendly compared to coal or other thermal generation. The land and water requirement of gas-based power plants is only 25 per cent of the requirement for a coal-based power plant. Because of the flexibility in gas generation and faster ramp up and ramp down abilities, generators will also be able to have a large mix of RE in the bundled power,” it said.

In another letter to the ministry, the APP has requested for implementation of certain decisions taken by the government with respect to gas and hydro power plants in India. The Cabinet had earlier declared LHPs (large hydro power) above 25 MW projects as renewable energy sources.

Earlier, hydro projects up to 25 MW capacity were considered as renewables and were eligible for various incentives like financial assistance and cheaper credit. With the government’s decision, hydro projects above 25 MW can also avail the benefits. Some of the other decisions include “Hydro Purchase Obligation (HPO) as a separate entity within non-solar renewable purchase obligation (RPO), tariff rationalisation measures for bringing down hydropower tariff, budgetary support for flood moderation/storage HEPs and budgetary Support to Cost of Enabling Infrastructure, i.e., roads/ bridges.” The APP said it requests for early implementation of the decisions made by the government earlier. The association has also requested for reintroduction of e-bid RLNG (electronic regasified liquefied natural gas) scheme to revive stranded gas-based power plants.