India’s move to impose safeguard duty on imports of solar cells and modules last year hasn’t helped domestic manufacturers much.To protect local producers, the government had imposed a 25 percent tariff on imports of Chinese and Malaysian solar cells and modules for the first year starting July 30, 2018, and 20 percent and 15 percent for the two subsequent six-month periods, respectively. This came after the Directorate General of Trade Remedies, a unit under the Ministry of Commerce, said that solar panel imports had caused “serious injury” to domestic manufacturing.

But despite the tariff, imported solar panels and cells were still nearly 10 percent cheaper than locally made modules, Shashi Shekhar, vice chairman at Acme Solar, told BloombergQuint. The import duty increased the price of Chinese solar panels to 26 cents per watt against the domestic cost of around 28 cents per watt, he said.

While import of solar cells and modules from China have declined since the duty was implemented in July 2018, India still imported $1.9 billion worth of panels in the 11 months ended June 30, according to government data compiled by Bloomberg New Energy Finance. 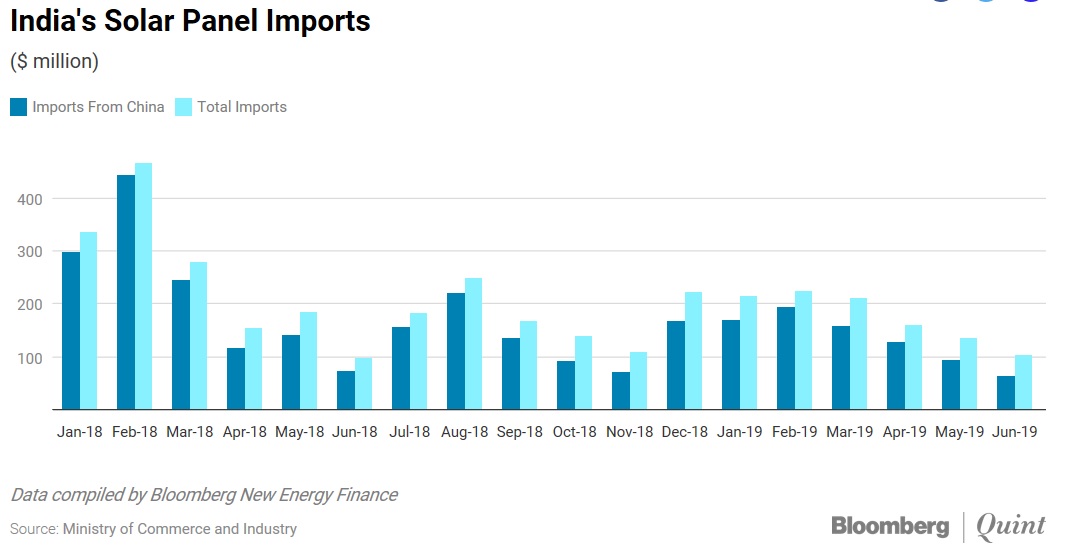 “Even after the imposition of safeguard duty, the demand for local solar panels has not increased and manufacturing capacity in the country is still the same,” Sunil Rathi, director of sales and marketing at Waaree Energies Ltd., a Gujarat-based photovoltaic modules maker with a capacity of 1.5 gigawatt, told BloombergQuint over the phone.

According to Indian Solar Manufacturers Association, the current installed capacity is 9 GW for solar modules and 3.3 GW for solar cells.

“This has not increased in a year,” Dhruv Sharma, chief executive officer at Jupiter Solar Power Ltd., a module maker with a facility in Himachal Pradesh, told BloombergQuint. “The reason why it was not beneficial to us is because 90 percent of imports are still coming from China.”

Solar Power Producers Prefer ImportsSolar farm developers continue to favour Chinese panels. “We prefer buying cells and modules from China because they are cheaper and more efficient than domestic modules,” Acme Solar’s Shashi Shekhar said, adding that currently, locally-made solar modules cost 29-30 cents per watt. “Domestic manufacturers are not willing to reduce the cost and their technology is outdated.”The average price of modules imported into India (excluding duties) declined by 24 percent from August to December 2018, according to Rohit Gadre of Bloomberg New Energy Finance, because China announced curbs on new capacity addition. From January to May, solar module prices remained steady in the range of 22-24 cents per watt. Gadre doesn’t expect a significant change in prices in the rest of the year.

“For the projects auctioned before the imposition of safeguard duty, developers can claim pass-through of duty cost in case they deploy the imported modules,” Amit Gupta, director of legal and corporate affairs at panel maker Vikram Solar Ltd., told BloombergQuint. “They are inclined to import cells and modules instead of buying it from domestic manufacturers.”

Solar power developers are stalling projects to circumvent the two-year time frame, according to Gupta. “For projects auctioned after the imposition of safeguard duty, developers are waiting for the duty’s two-year limit to pass rather than paying more for local solar cells and modules.”

Meanwhile, sourcing of solar equipment from Southeast Asian countries where the safeguard duty doesn’t apply also increased over the last year even as imports from China fell. According to commerce ministry data, imports from Vietnam rose from $2 million in July 2018 to $16 million in June this year. Similarly, inbound shipments of solar cells and modules from Thailand jumped from $1 million to $14 million during the period. 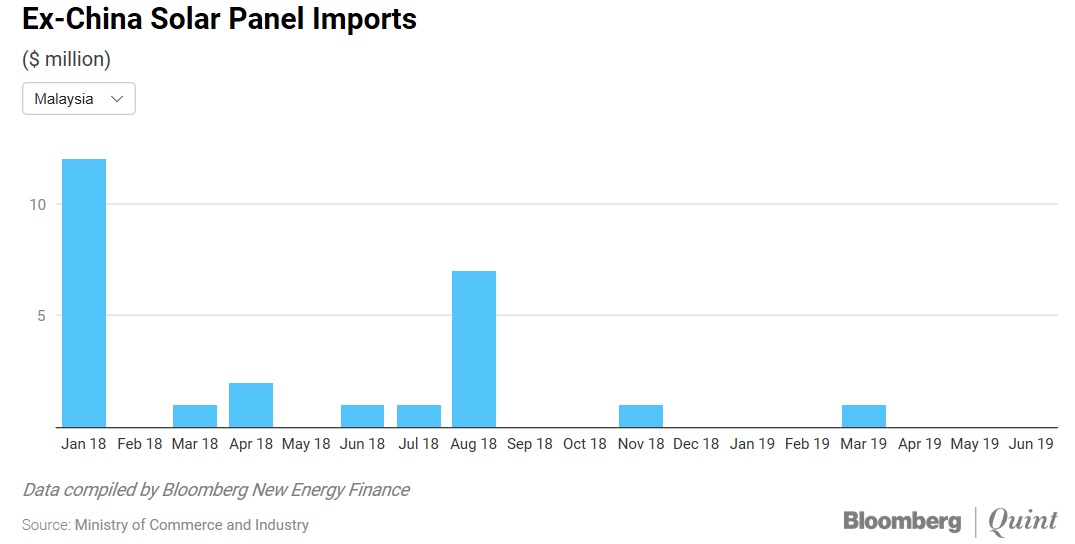 Lesser demand for homegrown panels and cells has put local producers in a wait-and-watch mode. Ramesh Nair, chief executive officer of solar cell and module maker Adani Solar Ltd., said the company will expand its manufacturing capacity when policies of the government are favourable and when demand is huge. Imposition of safeguard duty has brought some demand but not to the extent expected, he said.Vikram Solar’s Gupta said the imposition of safeguard duty has not benefited domestic manufacturers and the industry “remains in dire straits”. 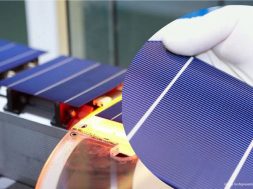 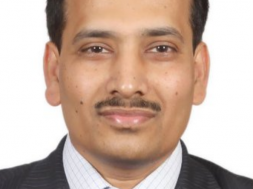