The recent decision of the Supreme Court not to allow a revision of the tariff charged by Tata Power Co. Ltd and Adani Power Ltd for their 4,000MW (megawatt) and 4,620MW Mundra ultra-mega power projects (UMPPs) based on Indonesian coal raises serious concerns about the viability of these projects. In both cases, a decision by the Indonesian government to link the price of coal exported from the country to a benchmark based on international prices of coal has toppled carefully laid plans.

In 2006, it was decided to build UMPPs to take care of India’s crippling power woes. The allocation process was through a reverse tariff competitive bidding process, and the bid tariff was as low as Rs1.19 and Rs2.26 for domestic and imported coal-based UMPPs. But all these years later, only a few of them have been commissioned. One of the reasons for the failure of UMPPs was that when the bids were submitted, coal prices were very low. Subsequently, prices went up, making the projects unviable. The astonishing fact is that contrary to both common sense and international best practice, power purchase agreements (PPAs) with tenures of 25 years were written without a provision for a revision of terms.

The experience of thermal plants is seemingly being repeated in the case of solar power. The government has an ambitious programme for adding 60GW (gigawatt) of medium- and large-scale grid-connected power plants out of a total capacity addition of 100GW by 2022. The PPAs, like UMPPs, are for fixed terms (25 years) without any escalation clause, even though there are many recurring expenses over this period. Looking at the trend, the tariff bids for solar power have been falling faster over time. The recent bid conducted by National Thermal Power Corp. Ltd (NTPC) for its 250-MW Kadapa Solar Park in Andhra Pradesh reached an all-time low of Rs3.15/kWh (kilowatt hour) without any price escalation option for the entire period of the project, beating the previous low of Rs3.30/kWh over 25 years for the Rewa ultra mega solar park in Madhya Pradesh.

International peer-reviewed studies suggest another series of winners’ curses in the making. J.J.C. Barros and others in 2016 estimated that the levelized cost of electricity for solar is around Rs9/kWh (converted from euro to rupee using average exchange rate for 2015-16) while that for coal is approximately Rs4.8/kWh. An expert elicitation survey on solar technologies conducted by Valentina Bosetti and others in 2012, in which 16 leading experts from the academic world, the private sector and international institutions took part, predicted that by increasing research and development funding by 50%, the cost of solar would come down to Rs4.45/kWh by 2030. From these studies, it is difficult to justify why the solar bid prices in India are so low.

India’s solar programme is heavily dependent on imported solar cells and modules, mainly from China. In 2015-16, India had imported $2,34 billion worth of cells out of which 83.61% were from China. China uses predatory pricing and dumps cheap thin film solar cells to capture the Indian market in the absence of any anti-dumping duty imposed by India.

Unfortunately, India lacks a robust manufacturing base for solar components and systems. It also does not have any infrastructure for raw material production. The increased reliance on thin film technologies has augmented the dependence on specific elements like “rare earth” metals in which China has a near monopoly. Under such circumstances, Indian solar project developers may find their projects unviable in the event of currency fluctuations or changes in China’s policy on solar cell and module exports. Project developers should also keep in mind the effects of declining output. In a recent study, Mike Bergin of Duke University along with others has found that dust and particulate matter might reduce the energy yield of solar power systems in north India by 17-25%.

For both coal and solar power projects, the auction format used for reverse bidding is that of a sealed bid first price auction. In other words, bidders specify the average tariff they would like to charge over the 25 years of the project lifetime, and the L1 (lowest bidder), L2, and L3 bidders are identified. Strictly speaking, the winner is chosen on the basis of the technical qualifications as well as the financial bid. However, in most cases, the L1 bidder wins. The theory of auctions suggests that the use of a sealed bid auction format can lead to a winner’s curse in industries characterized by high uncertainty, or projects with very high time durations. Winning bidders can end up regretting their aggressive bids. The solution is to go for a dynamic auction format where bidders can start from a maximum tariff and go downwards, after observing the pattern of bidding by others. This allows market information to become public, and reduces uncertainty for bidders.

The other way of reducing uncertainty is to adopt a counter-cyclical policy of tendering projects. The global commodities boom of the 2000s led to a bull market for power projects. Companies raised debt capital, mainly from public sector banks at concessional terms, and external commercial entities, on risky terms, to finance power sector projects that were being tendered out by the government. This is an important cause of the current non-performing assets crisis. Instead of riding the global commodities boom by encouraging public sector banks to lend to private companies, and giving project clearances, the government should be a restraining influence in such circumstances. Better governance of public sector banks is urgently needed.

In the absence of such measures, despite our best intentions, the experience of thermal power will only be repeated in our solar mission. With inputs from Apoorva Misra, partner, J Sagar Associates. Sajal Ghosh and Rohit Prasad are, respectively, associate professor and professor at MDI, Gurgaon. 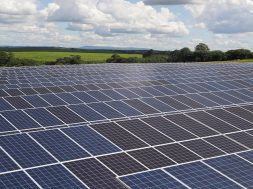