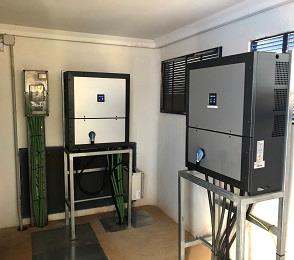 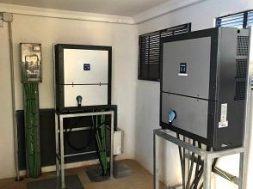 Ingeteam has revamped the equipment of the solar PV plant of Campillos, Málaga. Specifically nine aged units have been replaced with Ingeteam’s INGECON SUN 100TL inverters in order to avoid losses due to equipment availability, while extending the useful life of the plant.

This activity is in line with Sonnedix’s strategy as a long-term asset owner, managing and investing in guaranteeing the operational excellence of its plants. The new inverter model will improve the availability of the equipment, and thus the solar PV plant, and ensure the plant performs to its expected level.

This photovoltaic park was inaugurated in 2008, the first one set up in the province of Málaga and owned by Sonnedix, occupying an area of 6.8 hectares, equivalent to approximately 7 football fields, and generating energy for some 3,000 homes per year.

The operation lasted 4 weeks and consisted in deploying nine INGECON SUN inverters of 100kWac. The main characteristic of this equipment is that they can deliver the nominal power up to 50ºC of ambient temperature. In addition, its high MPP voltage range (maximum power point), from 513 to 850 V, allows it to extract the expected performance of solar panels. Furthermore, these inverters integrate Wi-Fi communication as standard, facilitating and speeding up the work of local and remote monitoring.

The replacement of inverters has also included the reconfiguration of the strings of the photovoltaic plant in order to accommodate for the new MPPT operating window of the inverters while maintaining the original installed peak power.

At present, Ingeteam has several projects to improve and optimize photovoltaic plants that, due to the lack of performance, the disappearance of the manufacturers or the lack of after-sales service in Spain, has resulted in owners trusting the service and the consolidated product line of Ingeteam.