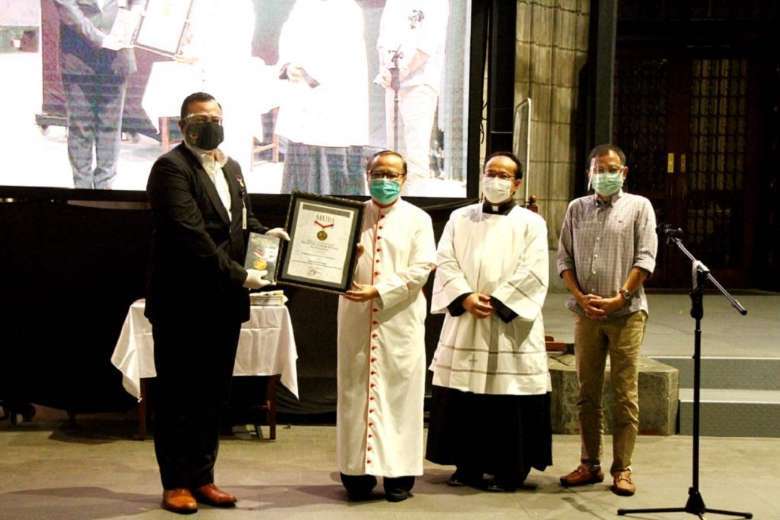 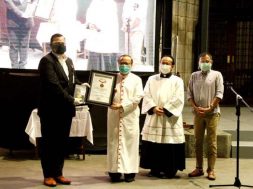 Our Lady of the Assumption Cathedral Church in Indonesia’s capital Jakarta has been recognized as the first Catholic church in the country to install solar power.The recognition came from the Indonesian Museum of Records (MURI) in the form of a special certificate presented to Cardinal Ignatius Suharyo Hardjoatmodjo of Jakarta by MURI’s senior manager Awan Rahargo during a ceremony on Jan. 9 in the cathedral’s compound.

“This is not just about preserving the earth but also presenting God’s face,” Cardinal Suharyo said.In a video message played during the livestreamed ceremony, MURI founder Jaya Suprana said the parish was “taking an active part in promoting and contributing to the use of inexpensive energy.”He said the cathedral can now produce 238 kilowatts of electricity, which could cut its electric bill by up to 30 percent.

“This move is in line with the Jakarta Cathedral Church’s commitment to preserving the earth, our home,” Suprana said.“As a result, MURI recognizes Jakarta Cathedral Church as the first Catholic church [in Indonesia] to use solar power for its entire electrical needs.” According to a parish official, Jesuit Father Albertus Hartoko, the installation of solar panels on the cathedral church’s roof was a materialization of the fifth anniversary of Pope Francis’ encyclical Laudato si’ (On Care for Our Common Home).

The pope issued his encyclical in May 2015, calling for swift action to combat climate change and to protect the environment.“Our main purpose is to take part in and to contribute to the creation of environmentally friendly, clean and renewable energy. We also want to set an example. We hope this can spur other parishes to use the same technology,” he said.Ignasius Jonan, a former minister of mineral resources, also attended the ceremony.

He said he hoped Cardinal Suharyo, who is also chairman of the Indonesian Bishops’ Conference, “will encourage all parishes, particularly cathedral churches, to use solar power.