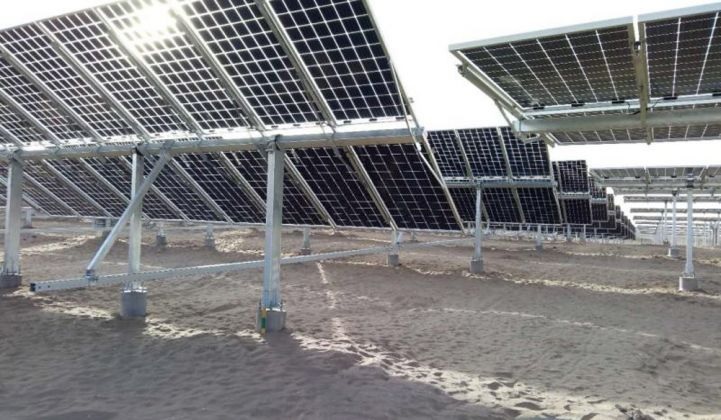 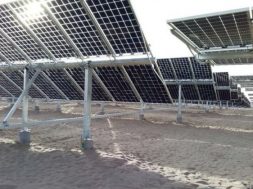 No answers yet on the Trump administration’s attempts to include bifacial solar in Section 201 tariffs.

The U.S. Court of International Trade on Friday extended a temporary block on the Trump administration’s bid to expand Section 201 tariffs to two-sided solar panels.

The extension means imported bifacial solar panels can continue to enter the United States tariff-free, despite numerous attempts by the Trump administration to charge duties on those products.

Solar companies including Invenergy Renewables and Clearway Energy argued the proclamation’s treatment of bifacial solar was unlawful because a separate proceeding, which challenges attempts by the U.S. Trade Representative to revoke the bifacial tariff exemption, remains ongoing in the U.S. Court of International Trade. That court placed an injunction on bifacial tariffs while the case is decided.

Though Judge Gary Katzmann has not expanded that injunction to encompass the presidential proclamation, the temporary restraining order extended on Friday keeps the administration from implementing tariffs for bifacial products.

The USTR originally excluded bifacial solar products from Section 201 tariffs in June 2019. The agency revoked the exemption only a few months later, in October of that year.

Documents obtained by Greentech Media through a Freedom of Information Act request suggest USTR faced pressure to update its decision from a subset of the solar industry, some lawmakers on Capitol Hill and the White House.

The day after the publication of the exclusion in the Federal Register, Kathleen Weiss, First Solar’s vice president of federal government affairs, emailed then-Deputy U.S. Trade Representative Jeffrey Gerrish with concerns about the exclusion, the documents show.

“Our decision to accelerate the timing of an addition [sic] U.S. facility was directly tied to First Solar’s view of a stable U.S. market with fair pricing, predicated on a level playing field as a result of the 201 tariffs,” Weiss wrote.

First Solar announced plans to expand its U.S. manufacturing in 2018 and has been among the biggest beneficiaries of the tariffs. That’s because First Solar’s thin-film technology, even when manufactured outside the U.S., does not fall under the tariffs’ purview.

On June 17, four days after the exclusion’s publication, an adviser to Gerrish noted in an email to a colleague that the office was “now getting pressure from across the street and other agencies” related to the exclusion. USTR is located in the Winder Building, which sits across 17th Street NW from the Eisenhower Executive Office Building, where most White House staff have their offices.

Republican senators including Thom Tillis, Lindsay Graham and Cory Gardner sent a letter to the USTR to express support for the exclusion after it was put in place.

In addition to dividing lawmakers, the bifacial exclusion has split the solar industry. While U.S. manufacturers such as First Solar and Hanwha Q Cells support them, and met with USTR after it announced the exclusion, the industry’s largest trade group, the Solar Energy Industries Association, does not.

SEIA is also a petitioner in the lawsuit filed with the U.S. Court of International Trade. That court is still deciding whether it will extend the injunction to cover the presidential proclamation, as SEIA and others have requested. The temporary restraining order can only be extended once, suggesting Judge Katzmann will rule on the injunction in the next two weeks.