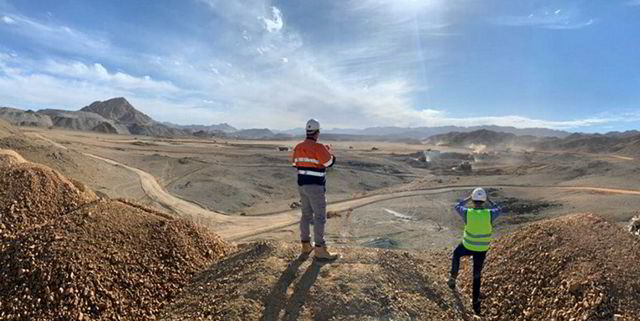 German developer Juwi through its South African subsidiary has signed an agreement with Sukari Gold Mines to supply and build a solar battery hybrid power plant for Egypt’s largest gold mine, which it claims will be the world’s largest solar hybrid project at an off-grid mine.

The project includes a 36MW solar array and a 7.5MW battery energy storage system, which will reduce CO2 emissions of an existing diesel power plant at the location by an estimated 60,000 tons and cut diesel consumption by some 22m litres per year.

Mining company Centamin owns and operates the mine together with the Egyptian government.

“We look forward to assisting Centamin to reduce carbon emissions and cost of power at the Sukari Gold Mine,” said Dave Manning, director global hybrid at Juwi.

The hybrid power plant is expected to be operational in the second quarter of next year, after which Juwi will undertake the plant operation and maintenance.

The solar system designed by Juwi features bifacial solar PV modules and a single axis tracking system, taking advantage of the high irradiance at the site.

“The mining industry accounts for 10% of the global energy consumption and many minerals play a vital role for the energy transition,” said Juwi chief operations officer Stephan Hansen.

“We are glad to support the resource industry on their de-carbonisation pathway with our dependable solar, wind and battery solutions.”