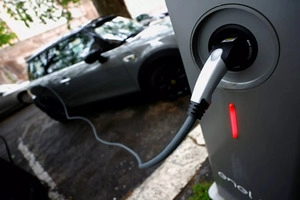 Karnataka’s plans to develop an electric vehicle and batteries manufacturing estate on the outskirts of Bengaluru have been bogged down by delays in land acquisition.

The government-owned Karnataka Industrial Area Development Board (KIADB) has notified 900 acres of land for the proposed cluster at Harohalli near Bidadi industrial area, but has not been able to move ahead as landowners are quoting prices that the government finds steep.

According to KIADB officials, the process was progressing well until some land owners approached the Karnataka High Court questioning the compensation amount based on technical grounds. The court has directed the board to hold talks with landowners and arrive at a consensus.

About two years ago, the industries department came up with the idea of developing an EV cluster in about 650 acres of land to help EV and component makers to take advantage of the ecosystem at a single site. The cluster will provide logistics and support for entrepreneurs in the EV sector, the industry department officials had then said.

The Karnataka government, the first state to introduce the EV policy, was also simultaneously in talks with some top EV manufacturers including Tesla to have their production facilities here. While the industries department is tight-lipped about any major EV makers showing interest to set up units around Bengaluru, the delay in the land acquisition for the cluster may also be hampering the talks.

Industries minister Jagadish Shettar told ET that the government was making efforts to complete the land acquisition soon, and was simultaneously tapping investors to set up their units here. The government has been in talks with some EV firms to get them to the proposed cluster, he added.

“We had notified the land near Bidadi for an industrial area, which the government later felt could be suitable for EV manufacturing,” N Shivashankara, chief executive officer, Karnataka Industrial Areas Development Board said.

The issues related to compensation, he said, will be sorted out soon. “Landowners have agreed to part with the land. But we have to agree on a price,” he said.

Industry officials are cautiously approaching the project as the government cannot afford a manufacturing estate where plot prices are uncompetitive for EV investors. The land around Bengaluru is expensive compared to the bordering Hosur and Krishnagiri in Tamil Nadu where TVS NSE 0.18 %, Ola and Ather have opened their EV production facilities, tapping on Hosur’s proximity to Bengaluru which has a talent pool and ecosystem conducive for electric vehicle industry.

To make the EV cluster work, the government will have to beat down costs and offer plots at prices investors find competitive compared to those in the neighbouring states. The government’s efforts to develop EV clusters in tier cities like Dharwad has not received positive response from EV investors as they prefer land close to Bengaluru over far away places in Karnataka. 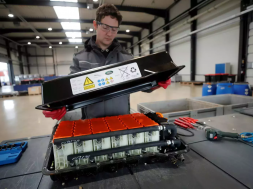 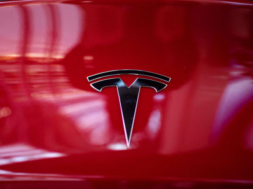