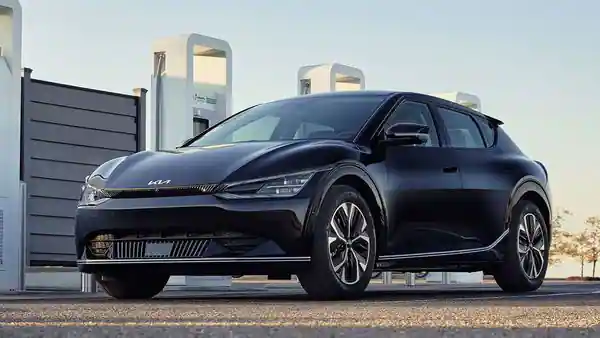 Kia EV6 has improved previous world record set by Tesla Model S for shortest charging time to cross the United States in an electric vehicle by more than five hours.

Kia’s all-new 2022 EV6 electric car has entered the Guinness Book of World Records. The EV6 has achieved the record of using the shortest charging time to cross the United States from New York on the east coast and Los Angeles on the west coast covering a distance of 4,635 kms.

The 2022 Kia EV6 crossover took seven days to complete the run. The electric car was plugged in for just 7 hours 10 minutes and 1 second during the entire trip, which is the least used up by any electric car in the past to cross the entire length of the country spanning the Atlantic coast and the Pacific coast.

Russell Wager, Vice President of Marketing at Kia America, said, “The EV6’s record-setting run is the latest signal that Kia will be a leader in the popularisation of electric vehicles. All of Kia’s world-class engineering and experience in electric vehicles will be applied in the move to electrification. The same attention to detail, design, quality, technology and driving dynamics that Kia has become known for will be found in every new electric vehicle we bring to market.”

The 2022 Kia EV6 electric crossover is set to hit the showrooms early next year. It is the first model to be launched under the Korean carmaker’s Plan S strategy to push for electrification of its fleet. It is also Kia’s first fully electric vehicle globally to be based on its Electric-Global Modular Platform (E-GMP). The electric SUV supports 400v and 800v charging and offers a range of up to 510 kilometres on single charge. Kia claims that the EV6 can add 112 kms of range within five minutes if hooked to a fast charger, and more than 330 kms in about 18 minutes.