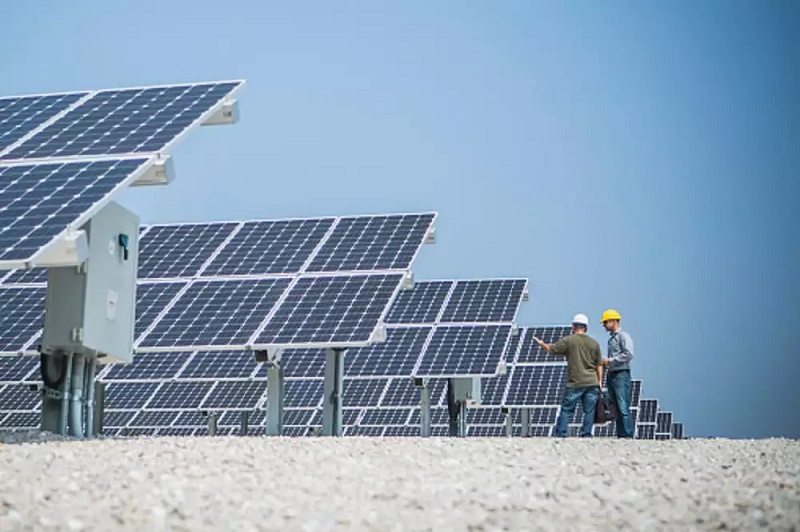 MP Ladakh Jamyang Tsering Namgyail today inaugurated the 12 Solar Roof Top 5 Kw Power Plants in different hamlets of Kanoor Village, funded and provided by former Chairman J&K Legislative Council and MLC Kargil Haji Anayat Ali from his Constituency funds and implemented by Kargil Renewable Energy Development Agency (KREDA). He said, it is a part of PM Narendra Modi’s Dream to Make Ladakh Carbon Neutral. The work has begun from Kanoor Village of Kargil which has been the first Renewable Village in Ladakh. Besides this in this 200 household village KREDA has installed 22 Polycarbonate GreenHouses, 18 solar water heaters and are planning to provide benefit to the villagers from other schemes to fulfil the demand of Renewable Village.

Congratulating and thanking Haji Anayat Ali for such a visionary Step and the role of KREDA in promoting Renewable Energy in Ladakh Jamyang Tsering Namgyail said it is a revolutionary step for the whole country. MP Ladakh on this occasion said that Government is under process to establish a PSU for Ladakh on the pattern of LREDA and KREDA and all the projects will be routed through the PSU so that more Employment avenues can be generated as well as exploring other avenues in the field of renewable energy.

Underlining the potential of solar energy as a clean and pollution free source of energy, MP Ladakh said that it will be the prime source of energy for electricity generation in the times to come and the government has taken adequate measures in harnessing the solar energy to make Ladakh carbon neutral.