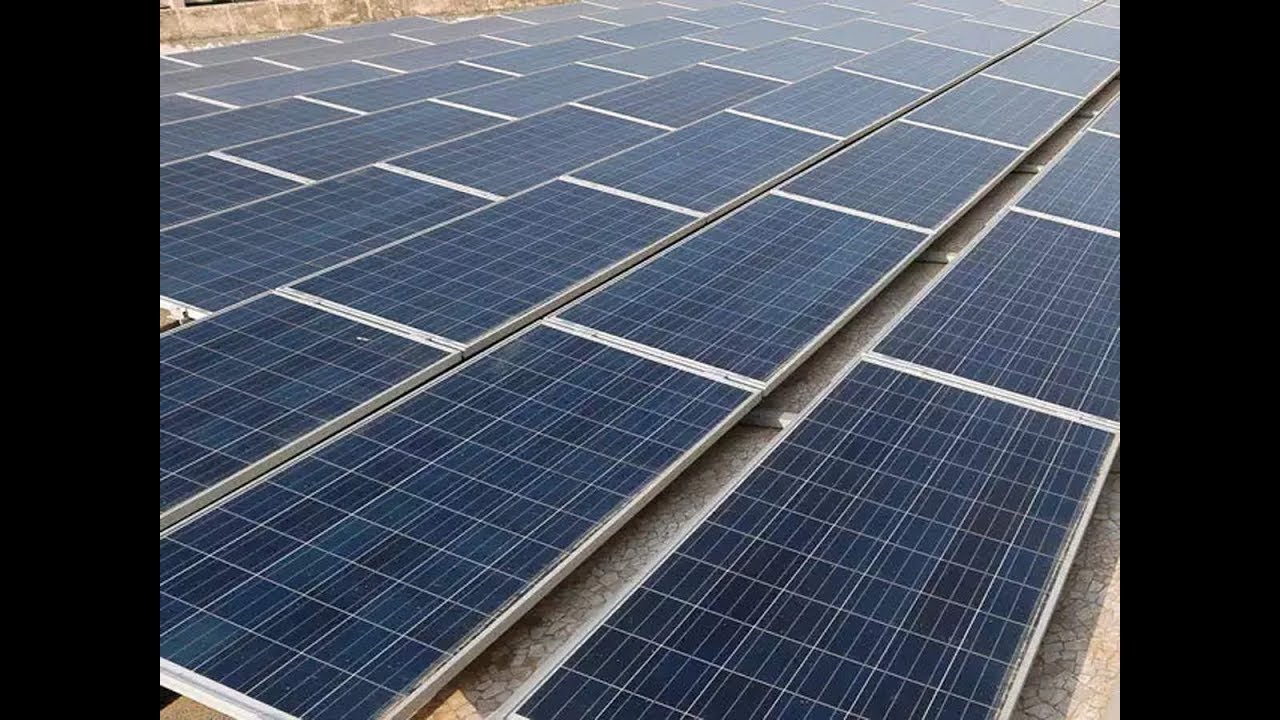 Ladakh will soon be home to world’s largest solar plant 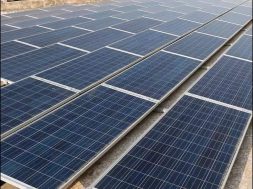 Ladakh will soon be home to world’s largest solar plant

NEW DELHI: Ladakh, known for its pristine natural beauty and colourful mountains towering over vast swathes of desolate land, is set to add another feature to its fame – the world’s largest single-location solar photo-voltaic plant. 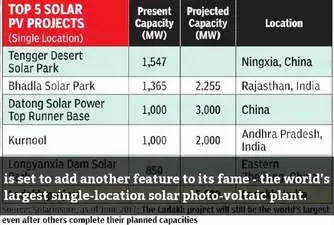 Some 200km to the south in Kargil, another mega project will join forces to light up the plains, keep glaciers cool by saving 12,750 tonne of carbon emission a year, remove dependence on diesel gensets and create livelihood for the local population that remains cut off for 6-8 months. 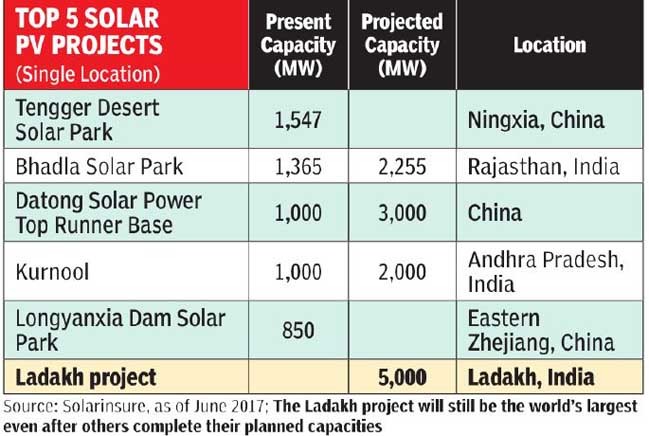 SECI (Solar Energy Corporation of India)- under the renewable energy ministry – is promoting the projects in J&K on a scale matching the grandeur of their locations – 5,000 MW (mega watt) for the Ladakh unit and 2,500 MW for Kargil – to be completed by 2023 at an estimated investment of Rs 45,000 crore. 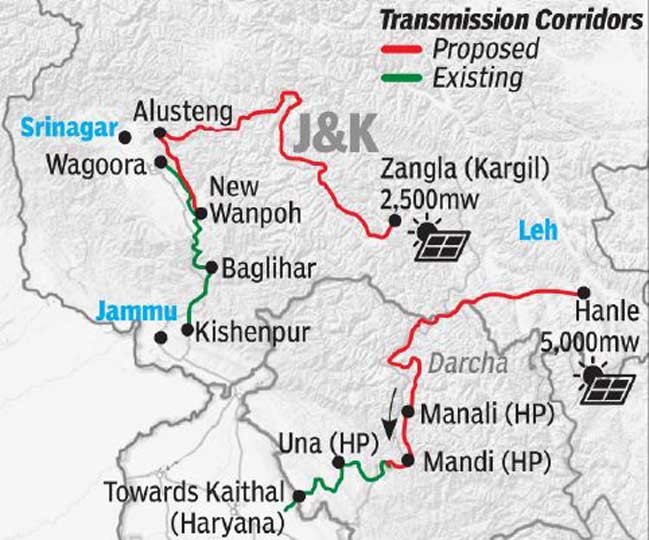 The Ladakh project will be located at Hanle-Khaldo in Nyoma, a strategically important area 254km from Leh. The Kargil project will be built at Suru in Zanskar, 254km from the district HQ. Power from the Ladakh project will flow to Kaithal in Haryana, for which a900-km line will be laid mostly along Leh-Manali road. The Kargil project will hook up with the grid at New Wanpoh near Srinagar. The bids offer flexibility and many firsts, like combining the plant and associated transmission lines, putting promoters in control who otherwise have to depend on another entity for transmission and suffer if evacuation routes are delayed.

Another positive is the Leh and Kargil administrations have designated 25,000 and 12,500 acres of non-grazing land, respectively, at prices “remunerative” for the hill councils, which will also earn rental of around Rs 1,200 per hectare per annum with 3% annual escalation. “Identification of land is a big relief for prospective promoters, who were gung-ho during a site visit in spite of the isolated locations and hostile weather,” Mishra said.

The projects are expected to spur development in the remote border regions and empower the local population through skilling for jobs such as cleaning of solar panels and maintenance of transformers etc. Power minister RK Singh had in August last year said Ladakh has potential of hosting 25,000 MW of solar power projects.

0
0   0
previous Ladakh, Kargil in J&K to be India’s new power houses
next 12 cos show interest in 1,000MW floating solar plant in Solapur