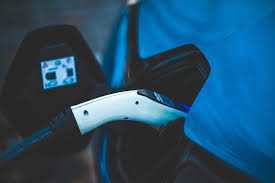 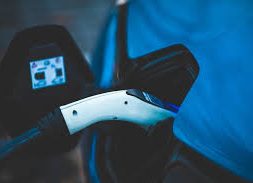 Starting this year, Madison developers will be required to include electric vehicle charging equipment in most new parking lots as part of a push to meet the city’s sustainability goals.

Under the ordinance adopted Tuesday by the City Council, at least 1% of parking spaces in new multifamily residential and some commercial lots are required to have EV chargers, and 10% of the spaces have to have wiring in place so that chargers can be easily installed in the future.

The requirements will also apply to existing parking lots when at least 10,000 square feet are repaved.

The ordinance applies to residential parking lots with at least six spaces and to schools, hotels, hospitals, office buildings and other public and private lots where people park for more than six hours at a time. It does not apply to restaurants, retail and service businesses or to warehouses and factories.

The ordinance also amended the city’s zoning code to allow for stand-alone commercial charging stations in most non-residential zoning districts.

Ald. Syed Abbas, who sponsored the legislation, said the ordinance is a response to the rapidly growing market and will eliminate a key barrier to ownership for many renters.

“This is part of an ‘if you build it, they will come’ philosophy,” Abbas said in a statement. “It’s imperative that we take such a common-sense approach to reducing our carbon emissions.”

Electric vehicles in 2018 accounted for 1.9% of new vehicles sold in Madison, the highest in the Midwest, according to a report by the International Council on Clean Transportation.

The research organization BloombergNEF expects electric vehicles will account for 10% of global passenger vehicle sales by 2025 as costs fall to the same level as internal combustion vehicles and will account for more than half of all new vehicles by 2040.

“This is something we’ve been promoting for years — EV readiness in new buildings,” said Lorrie Lisek, executive director of Wisconsin Clean Cities, a nonprofit that promotes alternative fuels. “At least having the wiring in place … so that things don’t have to be torn out and redone.”

“If we are serious about achieving our climate goals in Madison, we have to transition to clean technology and build a city that embraces it,” Rhodes-Conway said. “We must ensure that new developments in Madison are built for the 21st century, and this legislation helps to do that.”

The Greater Madison Chamber of Commerce and Smart Growth Madison, which represents developers, opposed the mandate, which they argued is unnecessary and will add to the cost of construction.