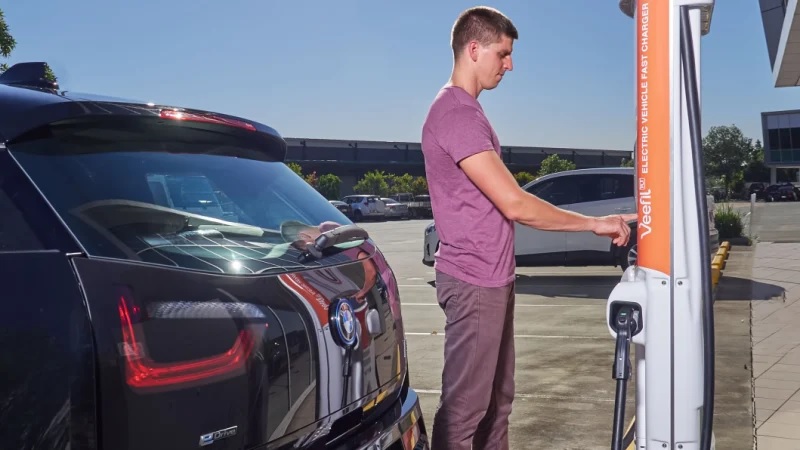 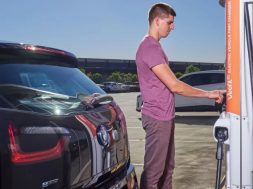 Car companies will urge the re-elected Morrison government to help drive investment in a vast network of electric-vehicle charging stations, with some pushing the idea of a dedicated “future fund”.

Electric vehicles (EVs) became a prominent election issue after Labor unveiled an ambitious target for 50 per cent of all new car sales to be electric by 2030. Despite Labor’s loss, the auto sector still projects that the move to battery-powered vehicles will drastically accelerate in the coming decade, with many of the world’s biggest car makers now racing to enter the industry.

Political efforts, such as Labor’s, to drive a greater take-up of electric vehicles have been welcomed by automobile groups frustrated at Australia’s lack of progress in moving away from combustion engines. But industry figures warn there appears to be a “lack of forethought as to how Australians are supposed to charge these vehicles”.

“Inevitably, the uptake of electric vehicles by Australians over the next decade will require major investments in charging infrastructure and the energy network,” said Geoff Gwilym, chief executive of the Victorian Automobile Chamber of Commerce (VACC).

“Just as the Future Fund was established in 2006 to meet the unfunded superannuation liabilities of an ageing population, VACC calls on the next Australian government to establish an Electric Vehicle Infrastructure Future Fund to support the development of electric vehicle and energy infrastructure over the next decade.”

Australia has ones of the slowest uptakes of electric vehicles in the developed world – just 0.2 per cent of sales last year – with a major barrier being consumer concerns over the lack of charging stations across the country’s highway network.

Mr Gwilym said the federal government must “move quickly” on ensuring electric vehicle charging infrastructure or risk continuing the “embarrassing Catch-22 that we now find ourselves in”.

“Besides, as any home owner or renter will tell you, electricity isn’t cheap,” he said.

Most electric vehicles in Australia are fully charged at home for between $5-$7 at current power prices.

We know with new technologies, they reach a tipping point and then grow exponentially.

Behyad Jafari
Chargefox – an ultra-rapid electric vehicle charging company which has begun building a network of charging stations between Adelaide, Melbourne, Canberra, Sydney and Brisbane – said the project would not have been impossible without public funding such as from the Victorian government and the Australian Renewable Energy Authority.

“Until we get a significant uptake of EVs, I wouldn’t have been able to build this without government support,” Chargefox chief executive Marty Andrews said. “It simply wouldn’t have happened.”

Behyad Jafari, of the Electric Vechicle Council, whose members manufacture and power electric vehicles, said a vast, nationwide network of charging stations was critical to accelerate electric vehicle uptake, and the government should assist in providing certainty and a “push-along” to spur further private-sector investment.

“We consider the government has a role to play … to jump-start the market,” he said. “We know with new technologies, they reach a tipping point and then grow exponentially.”

Mr Jafari said large overseas investors who have funded charging infrastructure internationally had been eyeing the Australian market but were so far reluctant to invest.

Increasing the number of charging stations in coming years was critical, he said, adding that the proposal for a “patient investor” such as a Future Fund had merit.