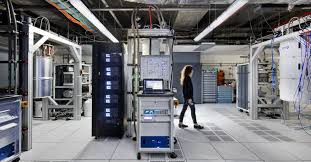 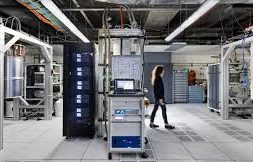 Mercedes-Benz’s research and development division is researching how quantum computers could be used to discover new materials for advanced batteries in electric cars within the next decade.

“We could simulate the actual behavior of a battery with a quantum computer, which is currently not possible with existing computer power,” Mr. Boeser said.

Nobody has yet built a quantum computer that can be used for large-scale applications, but companies and governments around the world are investing heavily in developing the technology.

By 2023, 20% of organizations will be budgeting for quantum-computing projects, compared with less than 1% in 2018, according to technology research firm Gartner Inc.

Mercedes-Benz and Daimler are working with International Business Machines Corp.’s quantum-computing division with the goal of deploying the next-generation computing power in certain use cases, possibly in about five or 10 years, Mr. Boeser said. The size of the investment wasn’t disclosed.

“We believe there’s a huge opportunity here,” he said.

Daimler joins other automotive companies experimenting with quantum computing’s potential applications. Ford Motor Co. is researching how the technology could quickly optimize driving routes and improve the structure of batteries for electric vehicles. Volkswagen AG is developing a quantum-computing-based traffic-management system that could be offered as a commercial service. It also is interested in developing more advanced batteries.

Today, battery development and testing is a physical process that requires experts to build prototypes first because there is no simulation software. A quantum computer could help Mercedes-Benz find new materials or combinations of materials that could result in better electrochemical performance and longer life cycles, but it is still early stages, Mr. Boeser said. Some of those innovations could include organic batteries, which could be safer, energy efficient and environmentally friendly.

“The field is advancing at a healthy speed, but everybody who’s close to the technology and research knows it’s still in its infancy and we still need to do a lot of work,” he said.

Daimler also is experimenting with the possibility of using quantum computing in production plants to simulate various welding scenarios; for example, to determine whether machines need to be recalibrated on the spot, before quality assurance problems arise.

IBM Q Network is working with 45 clients, including startups, academic institutions and Fortune 500 clients. Large enterprise clients are investing in the emerging technology now so they will be prepared when a commercial-grade quantum computer comes to market, capable of error-correcting and solving large-scale problems, IBM executives say.

“A decade sounds far away, but in reality, for many businesses, a decade is totally within the normal horizon of planning and the investment of capital allocation,” said Dario Gil, director of IBM Research.