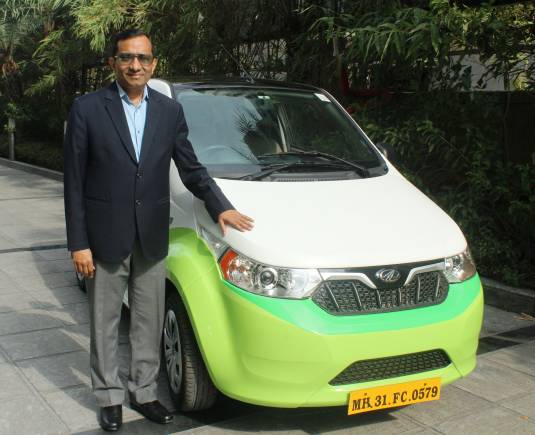 M&M’s Pawan Goenka: For India, electric vehicles are the future not hybrids 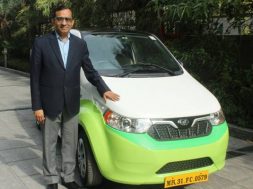 M&M’s Pawan Goenka: For India, electric vehicles are the future not hybrids

Having invested heavily in electric vehicle technology over the last several years sports utility vehicle-specialist Mahindra & Mahindra (M&M) said it will not change its business plans in favour of hybrids which some of its bigger rivals are aggressively pushing for.

The Mumbai-based company which is presently the largest manufacturer of electric vehicles including electric passenger three-wheelers, cargo vans and personal cars has prepared a road map for electric powertrain transition over the course of the next few years.

Speaking to analysts Pawan Goenka, managing director, M&M said, “Both hybrid and electric vehicle technology have their plusses and minuses. We have taken a clear call that for India it is the electric vehicle technology that we should focus on and government of India has also taken the same call that they are going to support EV and not hybrids.”

Companies like Suzuki Motor Corporation (parent of Maruti Suzuki), Toyota Motor Corporation, Honda and Volvo have lobbied hard for making hybrids as the viable option until the industry is ready with the required eco-system for hosting electric vehicles.

These companies have stated that hybrids are the best stop-gap solution for not just making the industry all-electric ready for the future but in making the consumers also prepared for easy EV adoption. The Suzuki-Toyota combine is working on ‘affordable’ hybrid products for India as neither companies have a strong experience in electric vehicle technology.

“There are lots of tasks that happen on virtues of hybrid against virtues of electric and there is a view that hybrids should be step one to be fully electric. We don’t subscribe to that view. There is no reason that hybrids should be step one for electric, both are parallel paths. We are not against hybrids. We have chosen electric to be the priority where we are putting up the investments and product development,” added Goenka.

While electric vehicles are considered to be the greenest form, modern-day mobility hybrids have also helped reduce the carbon footprint. However, since hybrids do have an internal combustion engine they are not fully emission free.

The tax structure on such green vehicles is also different. Government of India slaps good and services tax (GST) of 12 percent on electric vehicles and 43 percent on hybrid vehicles. But both are eligible for incentives funded by the Centre.

“The reason we are doing that is that two things we are really focused on are reducing pollution and reducing crude oil import. Hybrid does not eliminate either but electric does. But we are not ignoring hybrid vehicles. We are watching the space carefully and will be able to jump into it fairly quickly should there be any significant change in technology or government policy”, added Goenka.