Mondragon Assembly will invest 3.5 million to build a new plant in China 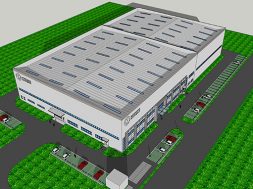 Mondragon Assembly will invest 3.5 million to build a new plant in China

A new step in its consolidation as a global benchmark group in the automation and solar sectors.

This 3.5 million euro investment will be used to finance the growth requirements demanded by both the Automation and Solar sectors from the Mondragon Assembly Group in this strategic market, after launching activities in China in 2014.

“Year after year, we consolidate our benchmark position in the market in highly technological projects. “This new plant will allow us to continue growing and taking on the new challenges that we have defined internally and that reflect the requirements of our current and future clients in order to continue to be competitive in an environment as demanding as the Chinese market”, explained the general director of Mondragon Assembly China, Mikel Gantxegi.

The plant will allow the Mondragon Assembly Group to continue to strengthen its position as a global provider of automated solutions where and when its clients need them, offering high-value technological solutions adapted to the needs of each country/client. In the words of the director of the Automation division, Iñigo Velez, “we achieve this through the translation of knowledge and technology between the production plants that we have in Germany, France, Mexico, Brazil, China and Aretxabaleta [Spain] thanks to our global engineering business model”.”.

About the MONDRAGON Assembly Group. Mondragon Assembly is an international group specialising in the development of automation and assembly solutions. It currently boasts six production plants:

Aretxabaleta (Gipuzkoa, Spain), its central headquarters; Mexico; France; Germany; China and Brazil and, in addition, a subsidiary in India. It operates in sectors such as solar power, the automotive industry, appliance components, cosmetics, medical devices and electronics. Its staff consists of a team of over 400 individuals and its 2018 turnover was in excess of 85 million euros.