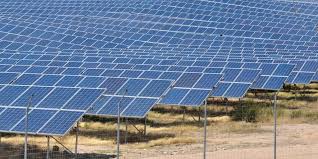 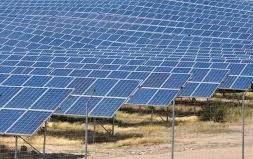 Australian graphite mining company Syrah Resources wants to install an 11.2 MW solar-hybrid system at its operations in Balama, Mozambique. The plant will be developed by Solar Century under public-private partnerships (PPPs). The London-based solar energy provider will also equip the installation with a battery-based electricity storage system.

The London-based solar energy provider, Solar Century, will equip the future hybrid solar power plant with an 8.5 MWh battery storage system. The system will supply electricity to the Balama graphite mine, thus securing the power supply to its facilities. The electricity generated by the hybrid solar system will also reduce the site’s consumption costs.

According to Shaun Verner, Managing Director and CEO of Syrah Resources, the future solar hybrid power plant will reinforce the existing Balama power plant (running on diesel), which has a capacity of 15 MW. It would also help reduce the greenhouse gases emitted by the mining company Syrah Resources in Mozambique, one of the countries most affected by climate change in Africa. “In 2019, Mozambique was hit by tropical cyclones Idai and Kenneth, which destroyed hundreds of thousands of hectares of cultivated land in the centre and north of the country,” says the International Fund for Sustainable Development (IFAD).

Other initiatives are being launched in the country. French independent power producer (IPP) Neoen also wants to reduce its greenhouse gas emissions in Mozambique. In October 2020, the IPP launched the construction of a 41 MWp photovoltaic solar power plant at its Metoro site in Cabo Delgado province in the north-east of the country. Portuguese company Efacec Power Solutions is carrying out the works, financed to the tune of €40 million by Proparco. It is the subsidiary of French Development Agency (AFD) responsible for the private sector.