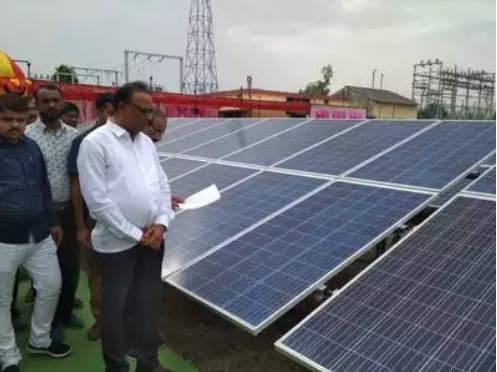 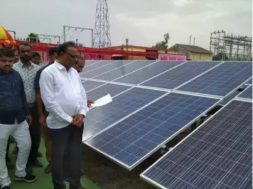 Nagpur: MSEDCL, which is primarily a power distributor, has now turned to solar generation for the benefit of farmers. Energy minister Chandrashekhar Bawankule has directed the company to use its open land in rural substations to set up mini-solar power stations. The first such station was commissioned in Khapa and its commercial operation has started recently.

Bawankule told media persons in Khapa that the solar station had generation capacity of 1MW and catered to over 800 farmers. “The station has been connected to an agricultural feeder. There are two benefits of solar power. The cost of thermal power including transmission and distribution losses is Rs6.60 per unit whereas solar costs around Rs3 per unit. We supply farmers at Rs1.60 per unit and the difference of Rs5 has to be borne by state government and higher end consumers. Now the cross subsidy burden will reduce greatly. Secondly, farmers get 10 to 12 hours power during the day,” he said.

The minister, who is sure of BJP-Shiv Sena government retaining power in the coming state elections, said that he had set a target of converting the entire agriculture load to solar by 2024. “We have selected the MSEDCL substations where solar stations are to be set up. If enough land is not available in a substation then we will lease fallow land near it on lease from farmers. If land is not found nearby then we will go for spots that are less than 5 kilometres away,” he added.

Replying to a query, he said, “We will pay 8% of ready reckoner cost of land as rent to the farmer.”

Dilip Ghugal, chief engineer of Nagpur zone, said that six more solar stations were coming up under his jurisdiction. “One is at Butibori having a capacity of 670 KW. The other five are in Wardha district — Anji, Sahur, Vijaygopal, Kharangana and Pimpalkhuta,” he added.

On solar farm pumps, the minister said that applicants on whom MSEDCL had to spent more than 2.5 lakh for providing the connection, were being given these pumps. “We have successfully drawn out water in Katol taluka using a 5 HP solar pump. So the contention that solar pumps are not powerful enough is baseless,” he added.