Tesla Motors Inc. plans to introduce a new combination of solar power, battery storage and electric-vehicle charging systems at an event near San Francisco on Oct. 28.

Billionaire Elon Musk, the chairman and the largest shareholder of both Tesla and SolarCity Corp., announced his plans to unveil the new product in a message on Twitter Thursday. SolarCity’s board agreed to Tesla’s offer to buy the biggest U.S. rooftop solar supplier on Aug. 1.
The product fits into his long-term vision of helping provide green homes that run on solar energy and use battery storage to help power systems, including charging electric cars, even after sundown. He announced in August that SolarCity is developing a “solar roof,” a roofing product that incorporates solar technology without using standard photovoltaic panels. 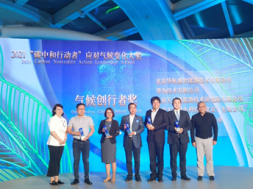