Myanmar says it is committed to greener future 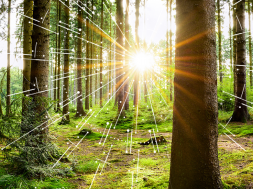 Myanmar says it is committed to greener future

Myanmar reiterated its plans to further reduce the country’s carbon emissions and to expand its renewable energy program during an international conference.

Permanent Secretary at the Ministry of Electricity and Energy U Than Zaw was quoted by state media as saying that Myanmar intends to reduce carbon emissions in the country by expanding its carbon sink.

This includes a 10 percent expansion of the country’s total land area into protected area systems, continued conservation of 0.25 million hectares of forest as public farmland and the conservation of private land in accordance with the Myanmar Reforestation and Rehabilitation Plan from 2017 to 2027, state media reported.

U Than Zaw said this during the Extractive Industries, Sustainable Development and the 2030 Agenda in Asia and the Pacific online conference.

The conference was hosted by the United Nations Economic and Social Commission for Asia and the Pacific (ESCAP) in Bangkok.

The senior government official also discussed the ministry’s plans to have 100 pc electricity coverage nationwide by 2030. At present, approximately 54 pc of the country’s population have access to electricity.

During the conference, he also touched on Myanmar’s intentions to increase renewable energy use by expanding wind and solar power plants, said the report.

Myanmar plans to expand renewable energy to 2,000 MV by 2030 as an active member of the International Solar Alliance (ISA), it added.

0
0   0
previous Indigenous people 'under threat' from Asia clean energy push
next Out in the cold: How Japan's electricity grid came close to blackouts