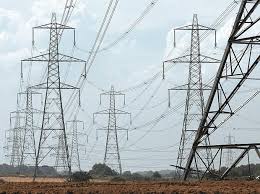 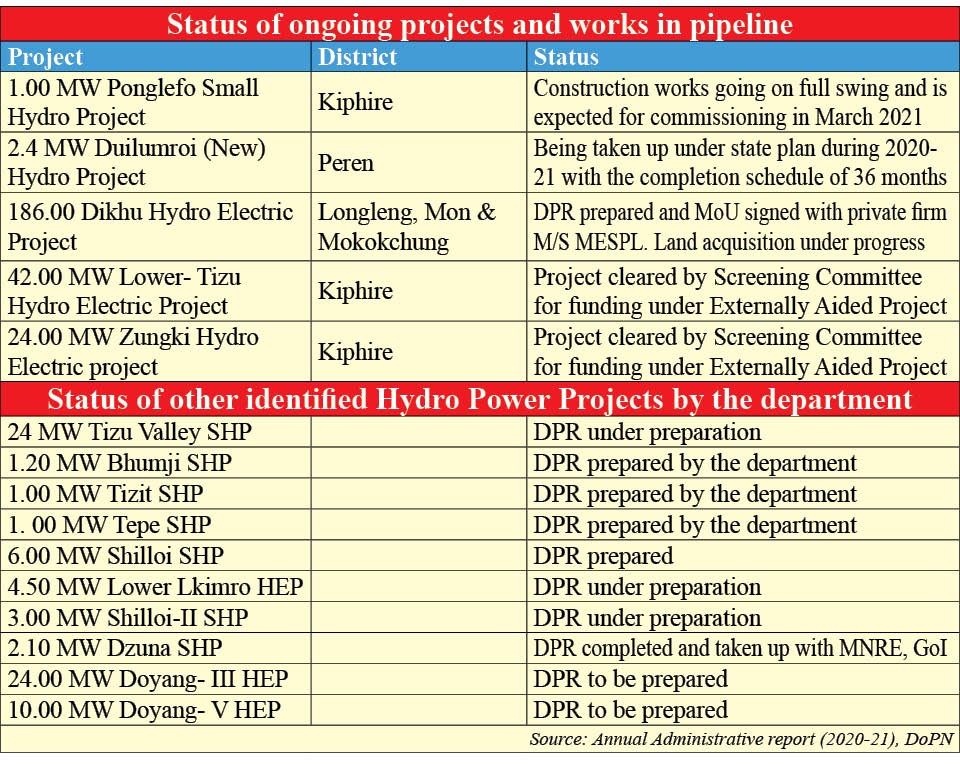 Kohima: Though Nagaland is endowed with numerous hydro-potential sites, many are yet to be exploited due to lack of adequate funding to develop the sites.

Due to this, even after completion of 50 years of existence, the State power department has not been able to make much headway in the area of development of power projects, according to the Department of Power Nagaland (DoPN) Annual Administrative Report 2020-21 tabled in the recently concluded State assembly session.

It also added that the State’s power requirement by 2025 is expected to reach 550 MW. With negligible generation of its own, the State has to depend mostly on the central sector allocation of about 155MW and the rest from Energy Market which can be very expensive.

So far, the state has been able to develop only one major project i.e Likimro HEP which is of 24 MW.

The projects which have been successfully commissioned and in operation are 24 MW Likimro HEP in Kiphire, 1 MW Tehok HEP in Mon and 1 MW Lang HEP in Tuensang.

The report stated that the department is also actively moving forward for installation of solar power plants with the National Solar Mission with Solar Parks and Rooftop Solar installations in the State with a target to achieve 61MW by 2022.

The department has commissioned 9 small/mini/micro Hydro Electric Projects (HEPs) so far with a total installed capacity of 29.658 MW in line with Government of India (GoI) policy of capacity addition.