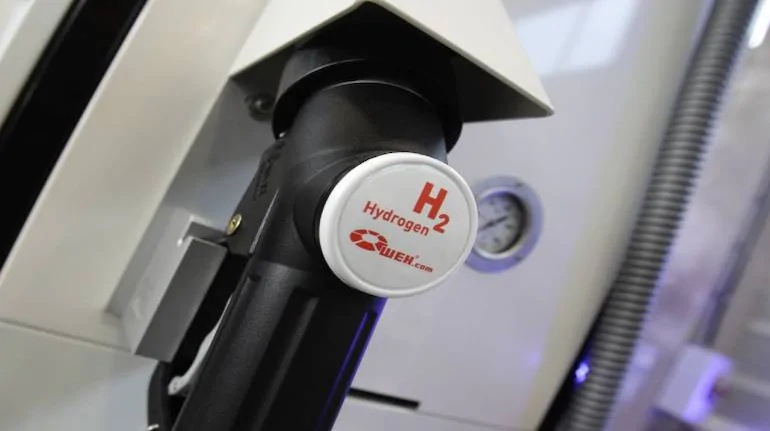 National Hydrogen Mission: All you need to know about India’s plans and potential 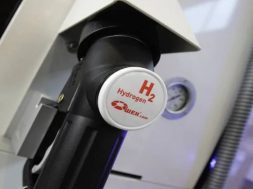 National Hydrogen Mission: All you need to know about India’s plans and potential

The government will focus on R&D and demand creation and find ways to use it in industry, create an eco-system including policies and bring industry on board along with international partnerships

A hydrogen fuel pump nozzle is pictured at a factory of German industrial gases maker Linde in Vienna July 14, 2014. Linde opened what it said was the world’s first production line for hydrogen fuelling stations on Monday, in a bid to boost support networks for eco-friendly cars. Fuel-cell cars, which compete with electric and hybrid vehicles in a race to capture environmentally conscious drivers, use a stack of cells that combine hydrogen with oxygen in the air to generate electricity. REUTERS/Heinz-Peter Bader

One of the major initiatives for the clean energy sector that the government announced in the Union Budget 2021, was the plan to launch a National Hydrogen Mission.

Though the plan was lined up, the Budget did not specify the details of the scheme and what India’s ambitions were towards it. The Ministry of New and Renewable Energy (MNRE) secretary Indu Shekhar Chaturvedi told the media on February 9 that the government may come out with a draft on the mission in the next two months.

Here is a look at India’s roadmap in using hydrogen as an energy source.

Hydrogen as a source of energy

Though there are several ways of producing hydrogen, the most common methods are natural gas reforming and electrolysis.

Efforts in India so far on transportation

In October last year, Delhi became the first city in India to operate buses with hydrogen-enriched CNG (HCNG). This was considered as a first step towards running fully hydrogen-run buses in Delhi.

Several companies like Indian Oil Corporation and NTPC are working towards operating more hydrogen-run buses in the country. NTPC is working on a pilot project to run 10 Hydrogen Fuel Cell (FC) based electric buses and several. Hydrogen Fuel Cell-based electric cars in Leh and Delhi. IOC has already shown interest in procuring 15 buses and is planning to set up a dedicated unit to produce hydrogen to run the buses at its Faridabad research and development (R&D) centre.

How will the mission work?

For the current financial year, MNRE has been allotted Rs 25 crore for research and development (R&D) in hydrogen. Once the draft of the mission is in place, it will be floated for public consultation. According to Chaturvedi, the mission will include all aspects including research and exploration of areas where hydrogen can be used.

There will be five key areas the government will focus on. These include R&D, demand creation, how it can be used in industry, how to create an eco-system including policies for this and how to bring industry on board along with international partnerships. In these five areas, demand creation will focus on what kind of niche products can be taken up and how effectively the fuel can be used in trucks and buses. In the industrial sector, the government is looking at hydrogen as a replacement for coke in the steel industry and also making use of the fuel in the fertiliser sector. MNRE has indicated that by 2025-26, the industrial sector will be one of the major recipients of hydrogen.