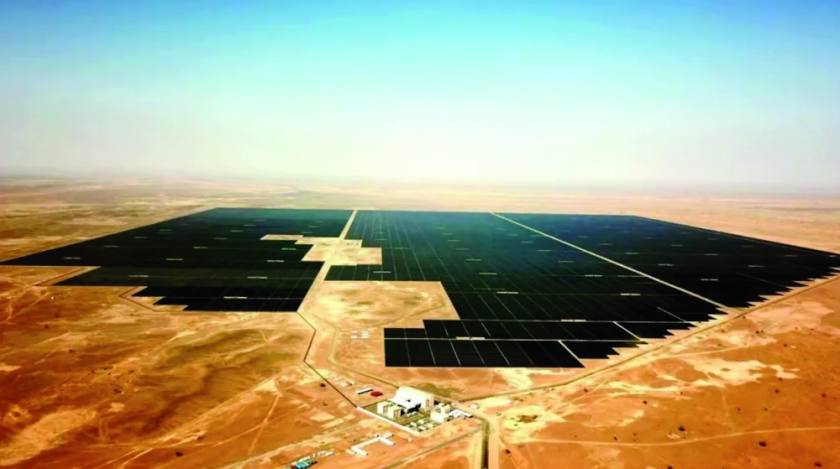 A major milestone in zero-carbon electricity generation was marked in the Sultanate of Oman on Monday, when Sayyid Hamoud bin Faisal al Busaidi, Minister of Interior, presided over the official opening of the Ibri 2 Solar Power Project – a 500MW capacity utility scale scheme currently the biggest of its kind in Oman

Set up with an investment of RO 155 million, the Ibri 2 Solar Power Project has been conceived and implemented in line with the goals of Oman Vision 2040, said Eng Yaqoub al Kiyumi, CEO – Oman Power and Water Procurement Company (OPWP).

Also present at the the event were senior government officials representing the Ministry of Energy and Minerals, Nama Group, its parent organisation Oman Investment Authority (OIA), Authority for Public Services Regulation (APSR), and OPWP, the offtaker of output from the solar project.

Since coming into operation in November 2021, the 500 MW plant has been generating carbon-neutral electricity for evacuation into the Main Interconnected System (MIS) serving much of the northern half of the Sultanate. It is the second such grid-connected renewable based power scheme to produce carbon-free electricity in the Sultanate of Oman, the first being the 50 MW wind farm that came into operation in Dhofar Governorate in late 2019.

Set up with an investment of around $400 million, the Ibri 2 Solar Power Project has been developed by Shams Ad-Dhahira Generating Company (SDGC), representing a consortium of Saudi-based power developer ACWA Power (50 per cent), Gulf Investment Corporation (GIC) – a Kuwaitbased investment firm equally owned by the six GCC states (40 per cent), and Kuwait-based Alternative Energy Projects Co (AEPC) – 10 per cent.

At the heart of the facility is a sprawling solar farm with an estimated 1.4 million solar panels spread over an area of around 13 million square metres. At peak generation capacity, the plant will produce an estimated 1,600 gigawatt-hours (GWh) of carbon-free electricity to power an estimated 33,000 homes, while also offsetting offset 340,000 tonnes of carbon dioxide emissions a year. Leading Chinese PV module manufacturer Jolywood says it has supplied its latest generation bifacial solar modules to meet most of the Ibri project’s requirement. Designed to operate in harsh desert environments, the modules can withstand high daytime temperatures and also significantly more output compared to rival brands, it noted.

The Sultanate of Oman aims to secure at least 10 per cent of the country’s electricity requirements from renewable energy resources by 2025, rising to 35 – 39 per cent by 2040. The next major solar powered scheme,dubbed Manah 1 and 2, with a combined capacity of up to 1,000 MW, is expected to be revived for procurement via a competitive tendering process this year.