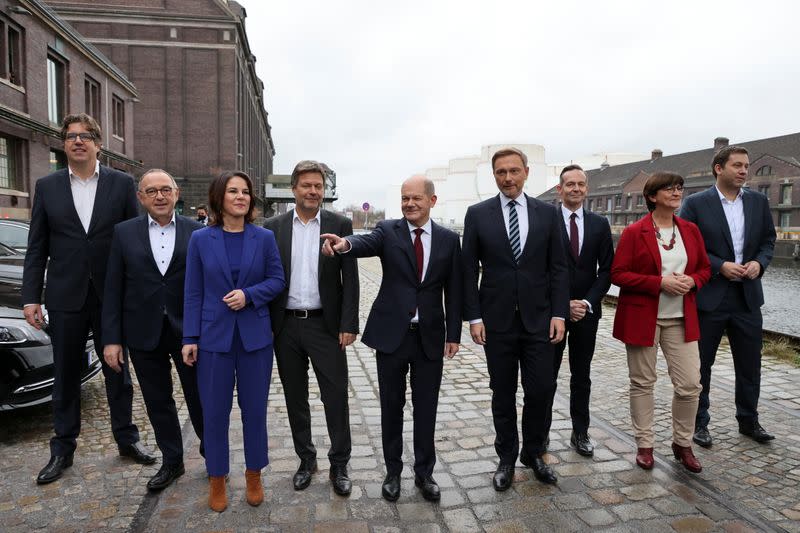 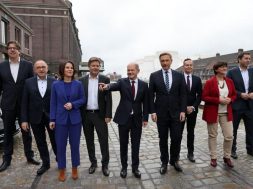 Germany aims to have at least 15 million electric cars on the roads by 2030 in its shift towards climate neutrality, up from a previous goal of 14 million.

Berlin : Germany aims to have at least 15 million electric cars on the roads by 2030 in its shift towards climate neutrality, up from a previous goal of 14 million, according to the coalition agreement of the incoming government published on Wednesday.

The Social Democrats (SPD), Greens and liberal Free Democrats (FDP), which plan to form the next government of Europe’s largest economy, also plan to increase rail freight transport by 25% by the end of the decade, the agreement showed. “According to the European Commission’s proposals, only CO2-neutral vehicles will be registered in the transport sector in Europe in 2035 – the impact on Germany will be felt sooner accordingly,” it said.

“Outside of the existing system of fleet targets, we are working to ensure that only vehicles with the proven ability to be fuelled with e-fuels can be newly registered.” The Greens had previously called for banning production of fossil-fuel burning cars by 2030 and reserving use of e-fuels for industrial, transport, ships and planes.

However, neither the SPD nor the FDP was behind such a ban, with the FDP particularly supportive of maintaining investment into e-fuels for passenger vehicles.

On charging infrastructure, the lack of which is regarded as one of the main obstacles to wider uptake of electric vehicles, the coalition would maintain Germany’s current goal of 1 million charging spots by 2030 – up from around 49,000 available today.

It would make provision of funding for expanding infrastructure more effective and efficient, and develop accessible stations itself where “competitive solutions” could not be found.

However, the government would ultimately depend on private companies to fund the build-out, the agreement said. “We will accelerate, optimise, and de-bureaucratise the ongoing build-out of charging infrastructure,” it said, but added: “We are relying on the mobilisation of private investment.”