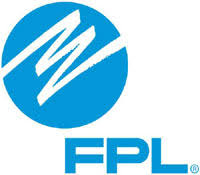 FPL currently operates 18 major solar power plants and more than 200 smaller solar installations. In January, the company announced its groundbreaking “30-by-30” plan to install more than 30 million solar panels by 2030, which is helping make Florida a global leader in solar energy.

“Being recognized as a national leader in advancing solar energy is a testament to FPL’s commitment to making smart investments for our customers,” said FPL President and CEO, Eric Silagy. “Our unprecedented solar expansion is making Florida a world leader in solar energy, while we continue to keep FPL customer bills among the lowest in the country.”

“It’s impressive to see how Florida Power & Light has risen among the ranks to become a leader in this year’s Top 10 list,” said Julia Hamm, president and CEO at SEPA. “The company is truly among those spearheading the progress we’ve seen in the electric sector, by implementing replicable business models and paving the way to a clean, smart and resilient energy future.”

Florida’s solar growth is receiving accolades far and wide. The Solar in the Southeast 2018 Annual Report recently released by the Southern Alliance for Clean Energy (SACE) showed that Florida recently surpassed Georgia in solar capacity and is now forecast to outpace North Carolina in the next few years. The report applauded FPL for making “the boldest 10-year solar commitment of any utility in the country.”

“We congratulate Florida Power & Light for being recognized as a national leader in 2018 for its efforts to bring more clean solar power onto the energy grid,” said Dr. Stephen Smith, SACE’s executive director. “It is this level of leadership that helped earn FPL the distinction of ‘Sunriser’ in our recent report, Solar in the Southeast, where we examine current and future solar growth in our region. We look forward to applauding even greater gains in solar development in the coming years as FPL builds out its 30-by-30 commitment in the Sunshine State as well as additional planned solar projects.”

FPL also recently requested Public Service Commission approval of a new community solar program, FPL SolarTogetherSM, which would offer FPL customers the opportunity to directly participate in Florida’s transformation to a world leader in solar energy. If approved, the offering is expected to be the largest community solar program in the United States.

In addition, FPL recently announced the start of construction on its 10 newest solar power plants, which are expected to begin powering customers by early 2020 and bring the company’s total installed solar capacity to approximately 2,000 megawatts:

Florida Power & Light CompanyFlorida Power & Light Company is the largest energy company in the United States as measured by retail electricity produced and sold, serving more than 5 million customer accounts or an estimated 10 million+ people across the state of Florida. FPL’s typical 1,000-kWh residential customer bill is approximately 30 percent lower than the latest national average and among the lowest in the U.S. FPL’s service reliability is better than 99.98 percent, and its highly fuel-efficient power plant fleet is one of the cleanest among all electric companies nationwide. The company was recognized in 2018 as one of the most trusted U.S. electric utilities by Market Strategies International for the fifth consecutive year. A leading Florida employer with approximately 8,700 employees, FPL is a subsidiary of Juno Beach, Florida-based NextEra Energy, Inc. (NYSE: NEE), a clean energy company widely recognized for its efforts in sustainability, ethics and diversity, and has been ranked No. 1 in the electric and gas utilities industry in Fortune’s 2019 list of “World’s Most Admired Companies.” NextEra Energy is also the parent company of Gulf Power Company, which serves more than 460,000 customers in eight counties throughout Northwest Florida, and NextEra Energy Resources, LLC, which, together with its affiliated entities, is the world’s largest generator of renewable energy from the wind and sun and a world leader in battery storage. For more information about NextEra Energy companies, visit these websites: www.NextEraEnergy.com, www.FPL.com, www.GulfPower.com, www.NextEraEnergyResources.com.