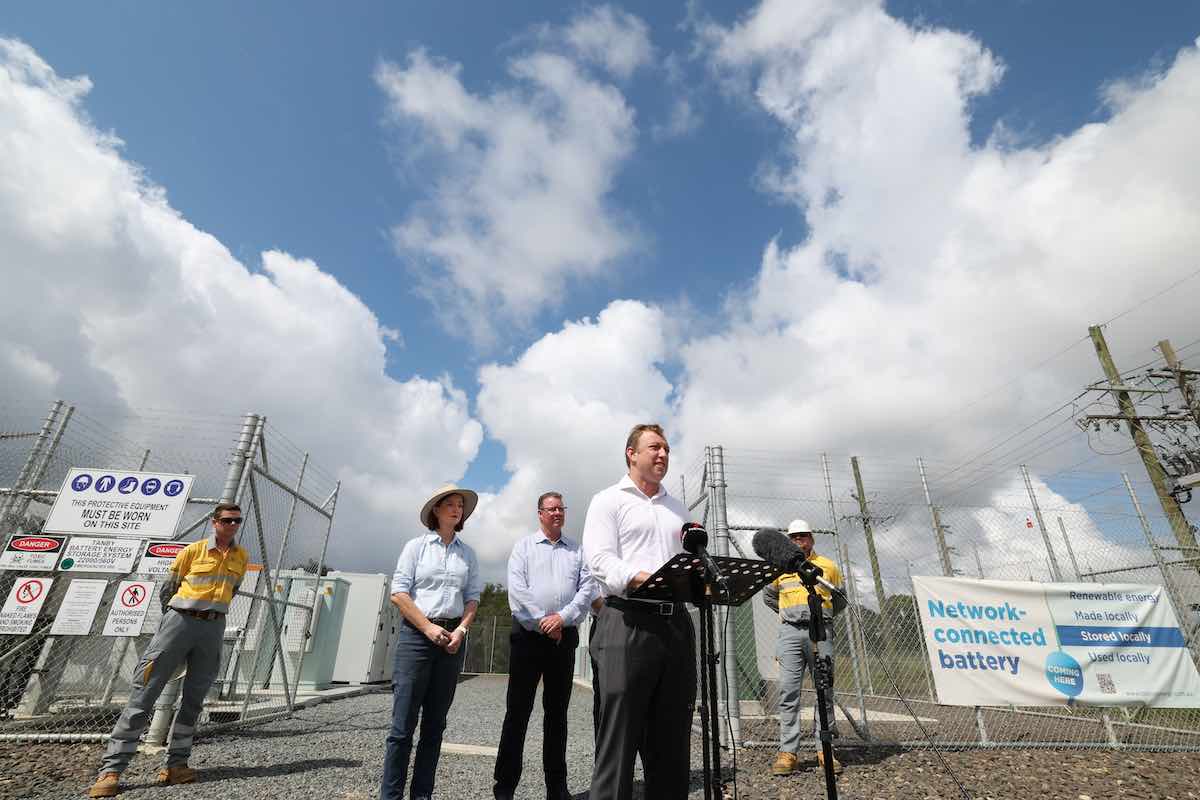 Queensland has installed the latest in a series of grid-connected battery energy storage systems aimed at accommodating the Sunshine State’s huge regional uptake of rooftop solar, this time in the central coastal town of Yeppoon.

The 4MW/8MWh battery, installed in Tanby, is part of a wider battery roll out by Energy Queensland to soak up the abundance of solar generated from household and business rooftops, storing it for use during evening demand peaks.

The project, announced in March of last year, is putting batteries on the grids at Hervey Bay, Bundaberg, Townsville, Yeppoon and Toowoomba, as solar uptake in the state reaches levels where one in three households are investing in PV systems.

In addition to Tanby, five 4MW/8MWh (two-hour duration) batteries have already been installed on local networks at Bohle Plains and Black River near Townsville, Kleinton near Toowoomba, Bargara near Bundaberg and at Torquay near Harvey Bay.

A dozen more are slated for regional areas once final assessments have been delivered.

Queensland deputy premier Stephen Miles says the latest $8 million battery at Yeppoon will help keep energy costs down for homes and businesses, while paving the way for more rooftop solar on regional grids.

“We know there’s been a huge uptake in rooftop solar energy in Yeppoon and Rockhampton and this investment will drive even more,” the minister said.

“It means renewable energy made during Central Queensland’s many sunny days can be stored to use during peak demand periods in the evening.”

Assistant minister to the premier Bart Mellish says batteries, firming and other storage options will become increasingly important for Queensland as it works towards its renewable energy target, which currently aims for 50 per cent renewables by 2030, but is expected to be ramped up by the Palaszczuk government later this week.

“Large-scale batteries like the one at Yeppoon allow us to capture the cheap and clean energy generated by Queenslanders, particularly rooftop solar, and best use it to drive down power bills and ease the cost of living,” Mellish said.