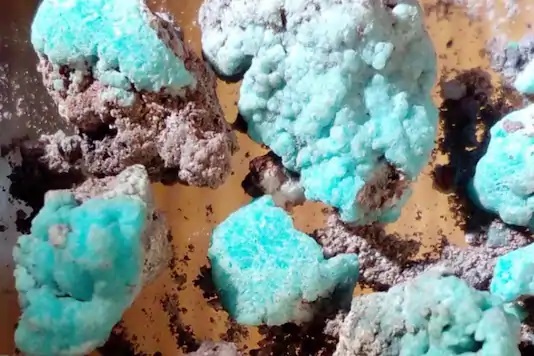 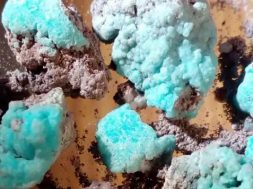 The mineral is made up of oxygen atoms, sodium sulphur and copper, forming a porous framework. The inner voids connect with each other via channels which act like very narrow tunnels where sodium atoms can travel freely.

A recent mineral discovered in St Petersburg University could possibly do that. The compound being called petrovite, or Na10CaCu2(SO4)8 in chemical nomenclature, is a blue, globular aggregate of tabular crystals with gaseous inclusions.

The mineral is made up of oxygen atoms, sodium sulphur and copper, forming a porous framework. It’s inner voids connect with each other via channels which act like very narrow tunnels where sodium atoms can travel freely.

It was chemically analysed by Svetlana Moskaleva, a research associate at the Institute of Volcanology and Seismology of the Far Eastern Branch of the Russian Academy of Sciences.

The project is being managed by Professor Stanislav Filatov who has spent more than 40 years of his academic life trying to discover new elements, especially exploring mineralogy of post-eruption volcanoes.

The scientists involved in studying this mineral are hopeful that this structure can provide ionic conductivity, therefore, act as a cathode material for sodium-ion batteries. Sodium is abundant in the Earth’s crust and a sodium-ion battery makes for a promising alternative to store energy.

According to Filatov, the copper atom structure of the petrovite is quite unusual and has a rare coordination of seven oxygen atoms.

“Such coordination is characteristic of only a couple of compounds, as well as of saranchinaite, which was discovered by our colleagues from St Petersburg University – the research team of Professor Oleg Siidra,” he said.

The petrovite was discovered inside a volcano called Tolbachik. The minerals there formed after two major eruptions: 1975-1976 and 2012-2013.

According to Filatov, the biggest challenge to using this mineral is the small amount of copper in the crystal structure. “It might be solved by synthesising a compound with the same structure as petrovite in the laboratory,” he offered as a solution.

The study of the mineral has been published in Mineralogical Magazine. According to the paper, the mineral has been named after Dr Tomas Georgievich Petrov who made great contributions to the field of mineralogy and crystallography as well as developed technology for industrial fabrication of jewellery malachite.

0
0   0
previous A 1000 kilometer drive is easy with this battery
next Panasonic, Equinor, Hydro consider battery production in Norway 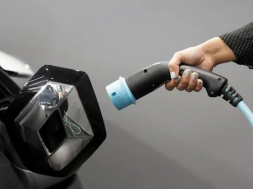 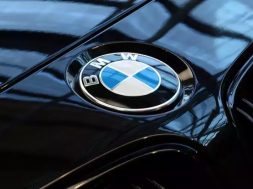